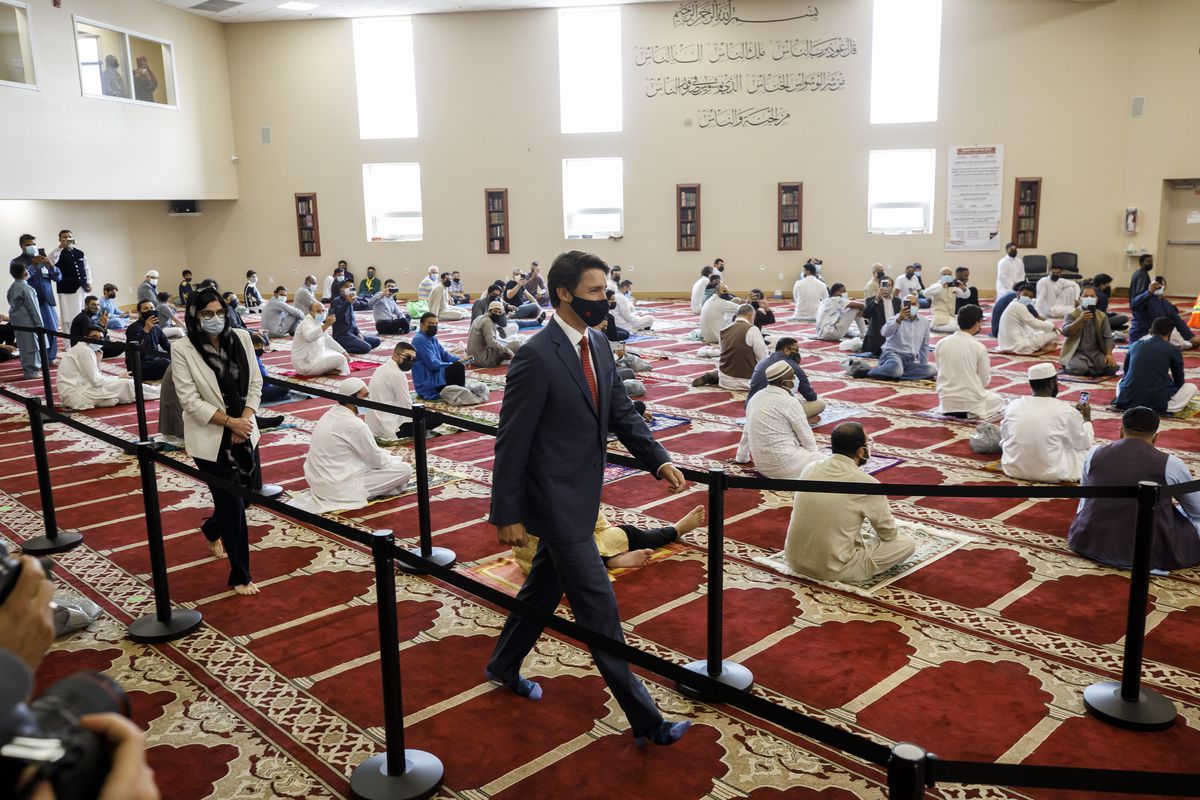 Prime Minister Justin Trudeau condemned the hatred towards the Muslim community at Thursday’s National Islamophobia Summit, but community leaders say they must see the government follow through with concrete actions after the talks if the event is to be bring real change.

Thursday’s virtual summit brought together government ministers and members of the Muslim community to discuss how to tackle the recent rise in Islamophobia in Canada. It comes weeks after a man allegedly deliberately entered a Muslim family in London, Ontario, killing four people and injuring a child, and further recent attacks on Muslims in Hamilton and near Edmonton.

The event took place a day after a summit on anti-Semitism, both of which are part of the government’s anti-racist strategy.

Although the summit was applauded as a step towards tackling Islamophobia, leaders of the Muslim community say conversations are not enough and the government should define clear actions to tackle hate-motivated attacks in the country. Canada.

Ahead of Thursday’s summit, the advocacy organization of the National Council of Canadian Muslims (NCCM) released 61 recommendations which it said came out of consultations with the community. The recommendations target all levels of government and include a call to create a federal anti-Islamophobia strategy by the end of the year.

“We are cautiously optimistic that more changes will follow – and as we engage with various levels of government across Canada, we will not stop until the change takes place,” Mustafa said. Farooq, CEO of NCCM, in an emailed statement. .

Farooq added that the organization will publish a document within two months outlining the actions to which different levels of government have committed. He said the NCCM needs to see these next steps before they can say whether the summit was a success or not, but he said there were positive signs, such as pledges to provide resources to combat the Islamophobia.

Senator Salma Ataullahjan, who sits in the Conservative Party of Canada, also said she will monitor what the federal government does after the summit. She said it is common for Muslims in Canada to hear hate speech and that women wearing the hijab can be particularly targeted.

As the summit began Thursday afternoon, Ms Ataullahjan said she observed how the comments section of the Facebook livestream began to fill with all-too-familiar hatred. She took screenshots of some of the remarks to share on Twitter, writing that she was “horrified – but not surprised” by the comments.

â€œThis is the rhetoric we’ve been hearing for some time,â€ she said in an interview with The Globe and Mail. She said the government must take action to help Muslim Canadians feel more secure and that she wants a national anti-Islamophobia strategy to emerge from the summit.

“We as political leaders stand up and condemn ourselves, and we forget,” she said. â€œThe words are no longer relevant. Do something.”

Mr. Trudeau was accompanied during the event by two ministers: Bardish Chagger, Minister of Diversity, Inclusion and Youth, as well as Omar Alghabra, Minister of Transport.

Speaking at the summit, Trudeau said his government will continue to support Muslim Canadians and has already taken steps to “eradicate hatred wherever it rears its ugly head.”

He said this included tackling disinformation through education, investing to help protect mosques and community centers, and cracking down on online extremism and far-right hate groups.

â€œRight now we have to fight for the kind of Canada we all want to seeâ€¦ where we take care of each other,â€ he said. â€œIt is the promise that our country must work hard to be up to the task. Because too many times and for too many people this promise has been broken.

He added that he wanted to listen to those who have had to deal with Islamophobia and that their experiences should be central to how the government approaches its work.

â€œIt’s not your burden to carry alone,â€ he said. â€œAs a society, it is everyone’s responsibility to assume. “

Find out what’s going on in the halls of power with today’s top headlines and political commentaries curated by The Globe’s editors (subscribers only). Register today.