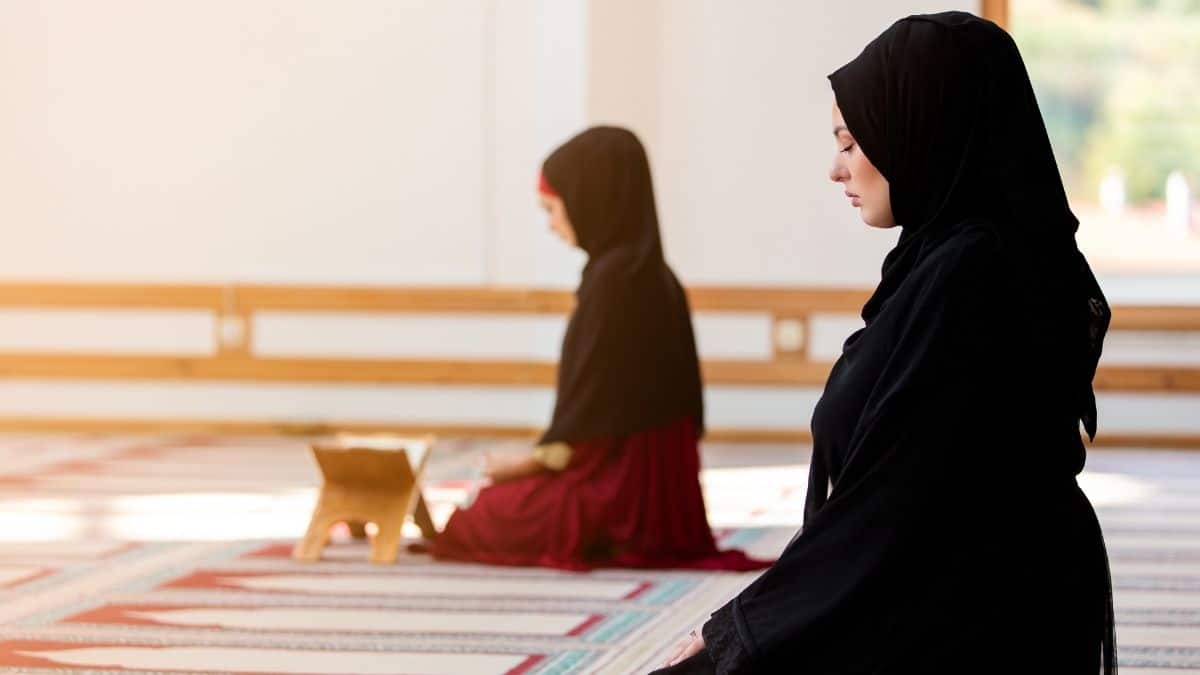 Is the Hijab a Quranic commandment?

The Holy Quran speaks of the hijab. Verses 30-31 of sura 24 of the Holy Quran, which give the meaning of:

* {Tell the believers to lower their eyes and be modest. That is purer for them. There ! Allah is Aware of what they are doing. And tell the believing women to lower their eyes and be modest, and to display only what is apparent of their adornment, and to draw their veils over their breasts, and to reveal their adornment only to their own husbands. or fathers or husbands. fathers, or their sons or the sons of their husbands, or their brothers or the sons of their brothers or their sisters, or their wives, or their slaves, or male servants who lack vigor, or children who do not know not the nudity of women. And that they do not stamp their feet to reveal what they are hiding about their adornment. And together turn to Allah, O believers, that you may succeed.} *

Also verse 59 in sura, which gives the meaning of:

* {O Prophet! Tell your wives and daughters and wives of believers to pull their coats around them [when they go abroad]. It will be better, so that they are recognized and not bored. Allah is always Forgiving, Merciful.} *

The above verses show very clearly that it is Allah Almighty Himself, Who commands women to wear hijab, although this word is not used in the above verses. In fact, the term hijab means much more than body coverage; it refers to the code of modesty outlined in the verses cited above.

The expressions used: “look down”, “be modest”, “do not display your finery”, “draw the veils over your chest”, “do not stomp your foot” etc.

It should be clear to any thoughtful person what all of the above phrases mean in the Holy Quran. Women in the time of the Prophet wore some sort of robe that covered the head, but not the chest properly. So, when asked to pull their veils over their breasts so as not to reveal their beauty, it is clear that the dress should cover both the head and the body. And hair is seen by people in most cultures around the world – not just in Arab culture – as an attractive part of a woman’s beauty.

Until the end of the 19th century, Western ladies wore a sort of head covering, even a blanket for the entire hair. This is very much in accordance with the biblical injunction for women to cover their heads. Even in these degenerate times, people respect more modestly dressed women than scantily clad ones. Imagine a lady prime minister or queen wearing a low-cut blouse or miniskirt at an international conference! Can she command as much respect there as she would get if she were dressed in a more modest outfit?

For the above reasons, scholars of Islam are unanimous that the Quranic verses quoted above clearly mean that women should cover the head and the whole body except the face and hands.

Is the hijab prevent a woman from doing her daily chores?

A woman does not normally wear hijab in her own house, so it shouldn’t bother her when she does the housework. If she works in a factory near machinery or in a laboratory, for example, she may wear a different style from hijab which does not have trailing ends. In fact, loose pants and a long shirt, for example, make it easier for him to bend, lift or climb stairs or ladders, if his job allows it. Such a dress would certainly give her more freedom of movement while protecting her modesty at the same time.

However, it is interesting to note that the same people who find fault with the Islamic dress code for women do not find anything inappropriate in the dress of the nuns. It is obvious that the “hijabMother Teresa didn’t stop her from doing social work! And the Western world awarded him the Nobel Prize! But the same would say that the hijab is an obstacle for a Muslim girl in a school or for a Muslim woman working as a cashier in a super market! It is the kind of hypocrisy or double standard that paradoxically some “sophisticated” people find fashionable!