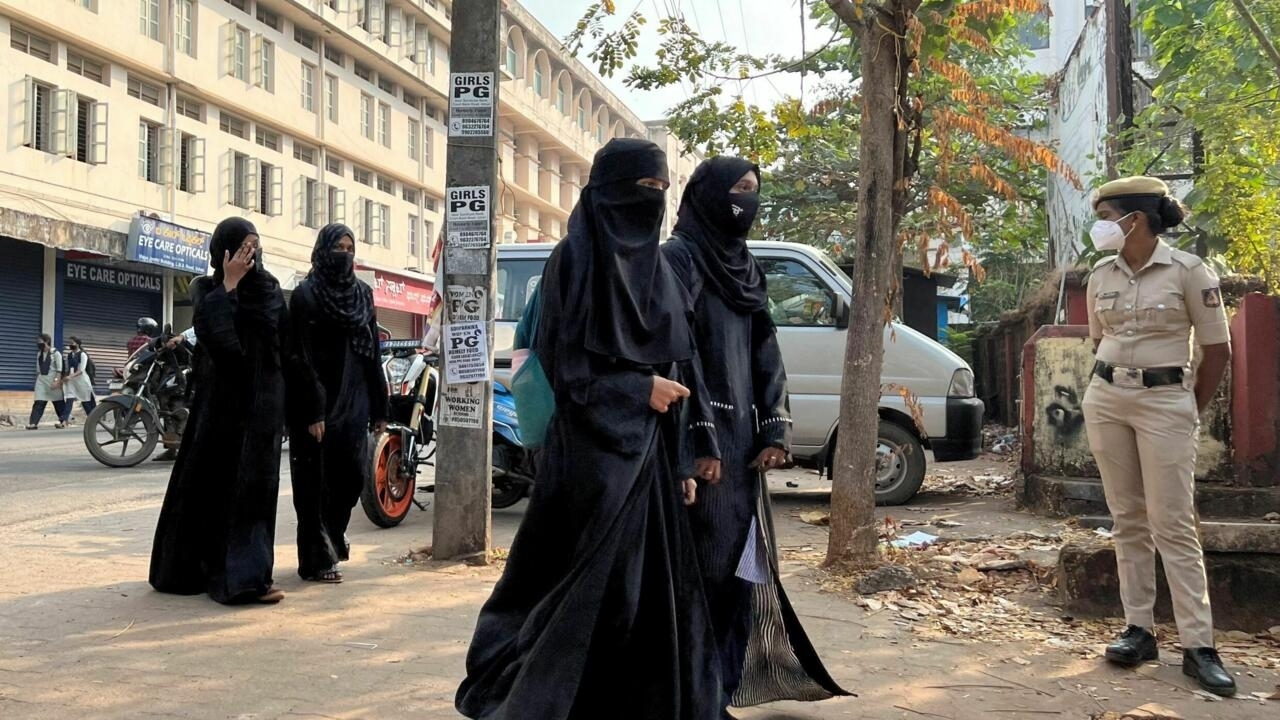 An Indian court upheld a local ban on the hijab in classrooms on Tuesday, weeks after the edict sparked violent protests and rekindled fears of discrimination against the country’s minority Muslim community.

The state of Karnataka in southern India has been on edge for several weeks after a small group of girls in their late teens were prevented from wearing the hijab on school grounds at the end of last year.

After weeks of deliberation, the Karnataka High Court has ruled that wearing the hijab is not an essential Islamic religious practice.

“The prescription of a uniform is a reasonable restriction of fundamental rights,” the court said.

State Interior Minister Araga Jnanendra said additional officers were deployed to police stations on Monday evening to ensure public order was maintained ahead of the decision.

Many in Karnataka say that Muslim girls have been wearing the hijab in schools for decades, just like Hindus, Sikhs and Christians have done with the symbols of their respective symbols.

Critics accuse authorities in Karnataka, which is led by Prime Minister Narendra Modi’s Hindu nationalist Bharatiya Janata Party, of seeking to drive a wedge between religious communities that have coexisted peacefully for generations.

The state high court initially ordered a temporary ban on the wearing of all religious symbols, including Hindu and Christian, in schools.

Schools reopened in February under tight security with a ban on gatherings of more than four people.

A number of Muslim students have told local media that they would rather go home than have to choose between their faith and their education.

“My daughter has been wearing the hijab since she was five. It’s to protect her dignity,” Nasir Sharif, 43, a father of a 15-year-old daughter, told AFP last month.

“What they are asking us to do is humiliating,” he added.