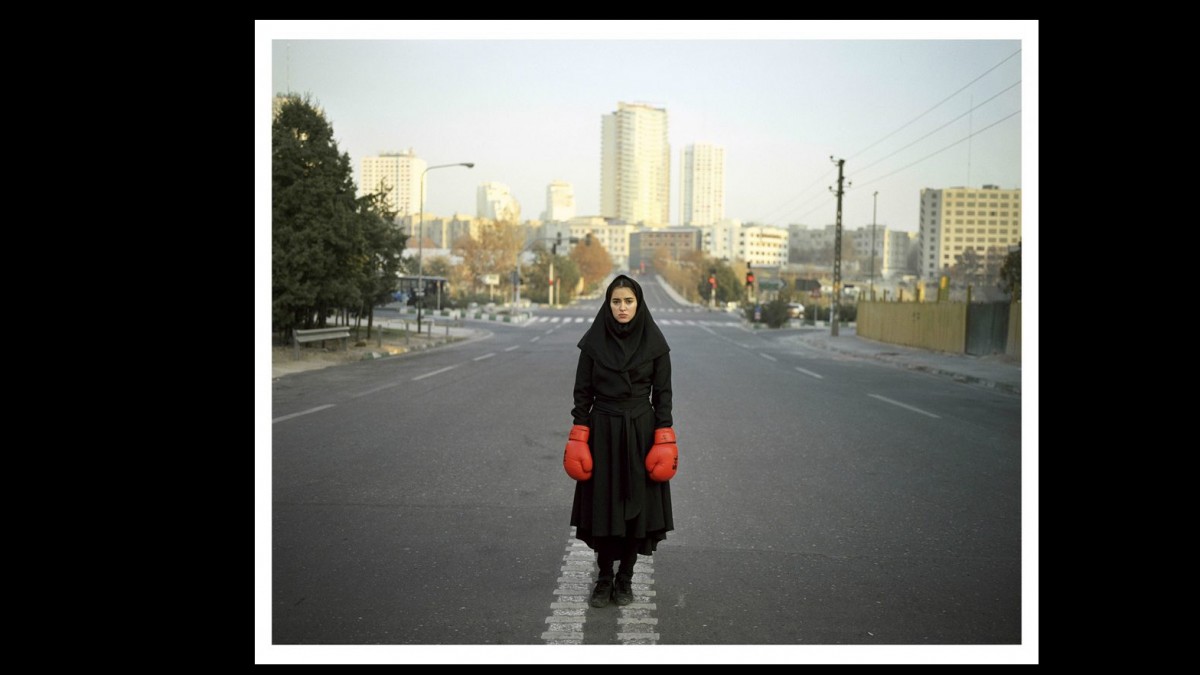 On Friday, the waters of public fountains in the Students’ Park, Fatemi Square and Artists’ Park in Tehran, the Iranian capital, turned blood red, evoking curiosity as well as a shiver down your spine. Twitter users titled the gurgling red fountains “Tehran covered in blood” after the identity of the artist or collective was unknown.

This is the latest protest art in solidarity with 22-year-old Mahsa Amini, whose death in custody in Tehran after her arrest for not wearing her hijab according to the Islamic republic’s conservative dress code, sparked protests. anti-hijab protests across Iran. In outrage that shows no sign of protest fatigue, Iranian artists and illustrators are using paintings, slogans, posters, sculptures and performances, as well as social media platforms to express their anguish. Young girls and women paint Amini’s name on walls, buildings and public places.

While the red fountains, living sculptures, produced the illusion of blood, Zehra Doğan, the Kurdish artist and journalist in exile, staged a protest show on September 26 by plastering the railings in front of the Iranian Embassy in Berlin of a mixture consisting of henna, hair and menstrual blood. Doğan, in a video posted to Twitter, walks towards the embassy, ​​hastily applies the mixture to the railings and, within minutes, is accosted by two law enforcement officers. The tweet read: “Berlin, Iranian [Embassy]. We are before them with what they curse; menstrual blood, henna and the hair. We are not alone, we are everywhere!

Berlin, Consulate of Iran. We are before them with what they curse; menstrual blood, henna and hair. We are not alone, we are everywhere! #JinaMahsaAmini #mahsaamini #jinamahsaamini
Camera: Ulas Yunus Tosun
Video editing: Özgür Rayzan pic.twitter.com/VEpFW21MNH

The hair, wild and free, for which Amini was accused of revealing more than instructed, has become the force of a performative exercise. Iranian women waved and burned their veils, while women around the world showed their solidarity by posting videos of haircuts with scissors.

An artist under the handle smishdesigns posted an illustration of collective female dissent on Instagram, and how it helped her vent her anger. “Cutting hair goes against the decades of conditioning imposed on women to maintain a certain standard of beauty. I chose to capture this in my artwork hoping that women everywhere would identify with this powerful act of defiance against a strongly oppressive and patriarchal government,” she added.

Another piece of art celebrating hair is the vibrant portrait of Amini in bold and luminous hues of pink, purple, red and yellow, by Bangladeshi visual artist Adeena Hasan. In this one, Amini is without the hijab, her hair spread out as if caught in a gust of wind. A jasmine flower in her hair reminds us that she did not “enrage anyone’s modesty” by revealing her hair and that the irons behind her back celebrate the fact that her memory lives on. Hasan painted this work because she couldn’t believe that “a girl had been beaten to death because her hairline was a little too visible for someone’s liking”, and also that “I couldn’t imagine at how suffocated and unheard of she must have felt in her final hours.”

India and European countries like France, however, continue to witness pro-hijab protests and, contrary to Western rhetoric of being seen as oppressed, regard it as a symbol of pride and respect, and women are fighting to assert their right to freedom. of expression.

When Nicolas Sarkozy’s government banned the niqab from public spaces, a French Muslim woman in her twenties wearing a burka under the nickname Princess Hijab went on strike at night, slapping black Muslim veils on mannequins at half-naked in fashion advertisements in the Paris metro, and calling the act “hijabization”. His identity is still unknown.

At home, Shilo Shiv Suleman, Bengaluru-based artist and founder of the public art project, Fearless Collective, protested the Bulli Bay application and ban of hijab in Karnataka last year till Without fear posters, and some of them even became NFTs (Non-Fungible Tokens). It was part of the collective’s Haq movement, where Muslim hijabi women were invited to send in their portraits which the artists turned into beautiful illustrations to celebrate diversity.

Iranian photojournalist Newsha Tavakolian recently resurrected a photograph on Instagram When I was twenty of her 2010-11 Listen series, in which the angst of the anti-hijab rioters is palpable through the subject matter, a young woman, standing on a deserted street in Tehran, in a hijab and black clothes, wearing a set of cherry red boxing gloves, stares at you. This photograph and others in the series of this 2015 Prince Claus Award recipient are her own testimony to the obstacles she faced when photographing in public in Iran.

The hijab thus becomes an object representing the right to freedom, and also represents the right to practice one’s religion, minus the stereotypes. Calgary-based artist Sumaya Bernier, who grew up in the West, always felt her religion and culture were inaccurately portrayed in Western media. “We see a lot of the terrorist trope and the Muslim girl in need of saving, and all these movies where she takes off her hijab for a love interest, which is horrific and a really negative portrayal of Islam,” a- she declared. Thus, Bernier created works of art that posed her Islamic identity in Canada, where she lives, where in the last two years crimes against Muslims have increased, and so she did it to “show the truth and the beauty of religion. His painting of the Kaaba in Mecca with Vincent van Gogh’s Starry Night sky as a backdrop, and burqa-clad women among devotees, is an example of this.

There are wandering moments in contemporary history when audiences celebrate Muslim identity, like that of Sally Almaklani, a freshman at Renaissance High School for Musical Theater & the Arts, this year, who won the annual congressional art competition and whose artwork depicts a hijab-clad woman on display at the United States Capitol. It has the message “my hijab makes me powerful” written at the top in Arabic. Critics might see the whole event as symbolic, but it’s a step for the pro-hijab movement, though two steps backwards for the anti-hijab one.