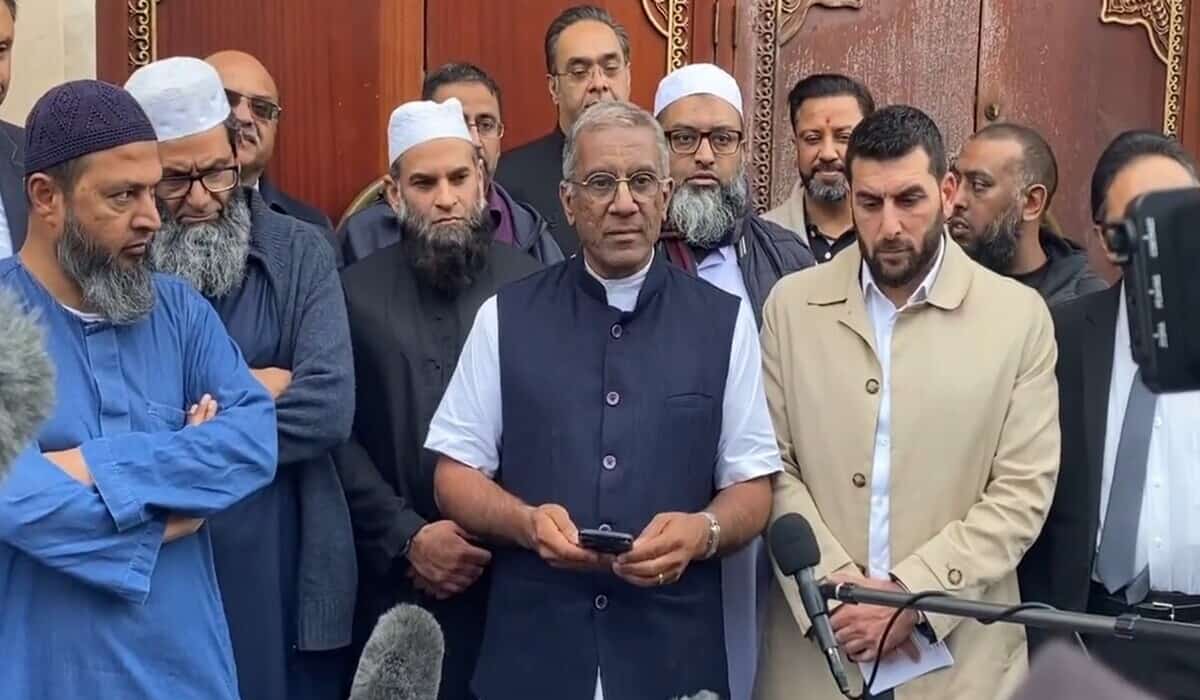 Community leaders from the Hindu and Muslim communities in Leicester today issued a joint statement calling for an end to the cycle of violence which began last month with clashes at an Asian Cup cricket match between the India and Pakistan.

“We, the Leicester family, stand before you not just as Hindus and Muslims, but as brothers and sisters. There is no place for a divisive foreign extremist ideology,” one said in a video.

“Our two religions have lived together harmoniously in this marvelous city for more than half a century. We arrived together in this city. We faced the same challenges together. We fought racist haters together and collectively made this city a beacon of diversity and community cohesion,” he added in the statement.

He went on to say that communities are “saddened and devastated” by “tension and violence” that “does not belong in a moral society”.

“We ask everyone to respect the sanctity of religious places, both mosques and temples,” he added, asking people not to succumb to “provocation with loud music, flags, derogatory chants or physical attacks on the fabric of the cult”.

British police said on Tuesday they had made 47 arrests in an ongoing operation to deter further unrest in the eastern English city of Leicester, which has seen scenes of violence this weekend in a spillover of clashes from an India-Pakistan cricket match. .

It came as India’s High Commission in London issued a strong statement condemning the violence against the Indian community and called for the protection of those affected.

Leicestershire Police say a 20-year-old man was sentenced to 10 months in prison after pleading guilty to possessing an offensive weapon during clashes in the city.

Local Amos Noronha appeared at Leicester Magistrates’ Court following his arrest in Saturday’s incident and was quickly charged due to overwhelming evidence.

“The sentence reflects the fact that it was a serious offense and he ended up with a prison sentence,” said Rob Nixon, acting chief constable for Leicestershire Police.

“We will not tolerate this unrest in our city. A massive police operation is underway, acting on information and reports of gatherings and reassuring the community. Rest assured, we are working to keep you safe and to arrest and bring to justice those who cause harm in our communities, he said.

It follows a weekend of what police said was serious unrest and significant assaults as Hindu and Muslim groups clashed following the India-Pakistan Asian Cup cricket match in Dubai at the end of last month.

“A police operation to deter further unrest continued in east Leicester. A total of 47 people were arrested for offenses relating to the unrest in the east of the city. Some of those arrested were from outside the city, including people from Birmingham, Leicestershire Police said.

The force said it needed to be backed up by resources from a number of nearby police forces, including the Mounted Police Unit, as clashes escalated over the weekend. The scatter and stop and search powers were used several times to restore calm. Videos were circulating on social media showing a temple flag being ripped off and glass bottles being thrown around.

The Indian High Commission said in its statement on Monday: We strongly condemn the violence perpetrated against the Indian community in Leicester and the vandalism of premises and symbols of the Hindu religion.

“We have strongly raised this issue with the UK authorities and have called for immediate action against those involved in these attacks. We call on the authorities to ensure the protection of those affected.

Diaspora group Insight UK claimed much of the violence was the result of misinformation and fake news circulating on social media. Leicester City Mayor Peter Soulsby agreed, saying very, very, very distorting events were being shared on social media and accused outsiders of entering the city to stir up violence.

“We condemn the damage done to Hindu temples which are a place of worship and should not be looked down upon,” the Hindu Council UK said in a statement.

“We call on the Hindu community to work with the authorities to bring calm and peace as Leicester is renowned for its cultural diversity, unity and community cohesion,” the UK-wide community organization said, adding that she was working on developing strategies to bring stronger community relations to the city.

Leicester in the East Midlands region of England is known as the city with a large portion of the population of South Asian descent. The city’s Belgrave Road is known as the Golden Mile, teeming with Indian jewelry, food and other businesses, as well as a statue of Mahatma Gandhi.

For me, Leicester is the greatest city in the world. Nowhere else do so many different people of different languages, cultures and ethnicities live together in harmony, said Keith Vaz, originally from Goa, who was MP for Leicester East from 1987 to 2019.

We celebrate Diwali, Eid and Baisakhi like one big happy family. I am saddened to see recent events that a small minority of people seek to destroy the spirit of Leicester, he said.

With entries from PTI.