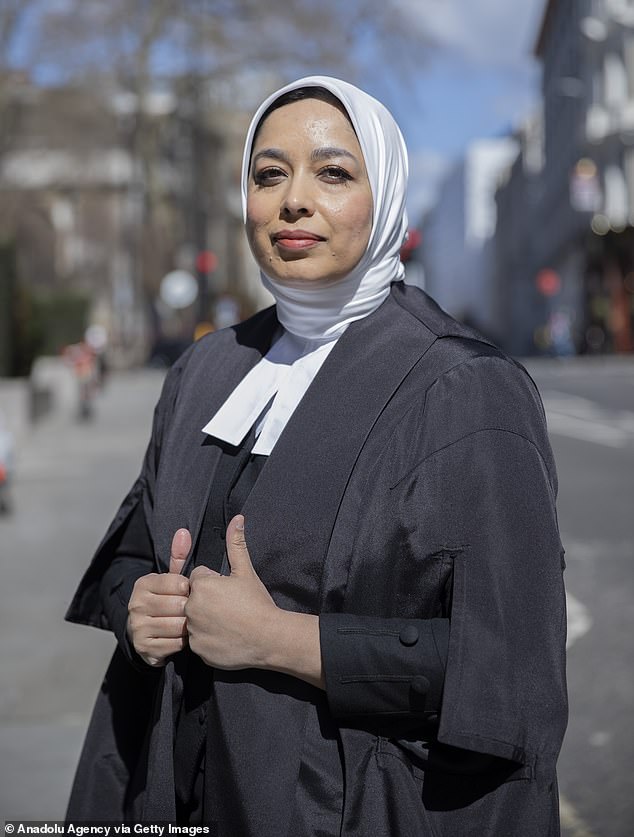 A hijab-wearing lawyer has been appointed to Queen’s Counsel, the first criminal barrister to do so.

Sultana Tafadar QC, of ​​No5 Barristers’ Chambers in London, celebrated the taking of silk during a ceremony at the Palace of Westminster.

She was once asked if she was the interpreter when she was in court when she started, but now she has joined an elite group of lawyers.

The Luton-born lawyer with Bangladeshi roots hopes her success will inspire and inspire confidence in other female lawyers from black, Asian and ethnic minority backgrounds.

“I am absolutely thrilled, especially as the first hijab-wearing lawyer to be admitted to the criminal bar.”

“Representation is really important,” she said, adding that she can hopefully help other young hijab-wearing women’s dreams “come true.”

Early in her career, Ms Tafadar said she would think “Oh my God, I don’t see anyone like me in the upper layers of the profession”.

She didn’t see many hijab-wearing women around the courts and wondered if she could manage it.

She added: “So hopefully the fact that I’ve shown it’s possible, and hopefully that opens the floodgates for others to come forward.”

A report by the General Bar Council on Race found that prior to Ms Tafadar’s appointment, only 31 black, Asian or mixed-ethnic women out of around 2,000 had become QCs.

“When you scale back down again, in terms of the hijab-wearing lawyers who are the Queen’s lawyers, there’s only ever been two and I’m the first in the criminal bar,” she said.

The first hijab-wearing lawyer to take silk was Shaheed Fatima QC of Blackstone Chambers, who was elevated to the title in 2016.

Ms Tafadar studied an LLM in human rights at UCL and was called to the bar in 2005, where people asked her if she was the interpreter.

She also holds an MA in International Human Rights from Oxford University.

“Unfortunately, these are layers and layers of challenges that I face, as a woman, as someone from an ethnic minority and as someone who visibly wears the hijab,” she continued. .

Ms Tafadar is involved in a legal bid to end France’s hijab ban and will argue at the United Nations this year that the government is breaking international law.

She said as she celebrated the ‘silk grab’ – a term for being named QC – the struggle other hijab-wearing women are facing across Europe at the same time is ‘sad’.

She said: “There are women across Europe and particularly in France who are discriminated against for wearing the hijab.

“France wants to impose various forms of hijab bans and this amounts to sexual, racial and religious discrimination.

“It’s sad on a day like this and I celebrate the hijab-wearing silk grip that others across Europe are denied the opportunities I’ve had.”

In May 2020, Raffia Arshad became the first hijab-wearing woman to be appointed as a judge.

Jo Sidhu QC, president of the Criminal Bar Association, said: ‘Diversity which encompasses lawyers from different racial, ethnic and gender backgrounds must be welcomed and championed if the criminal bar is to continue to better reflect the public we serve in as prosecutors and defenders.’