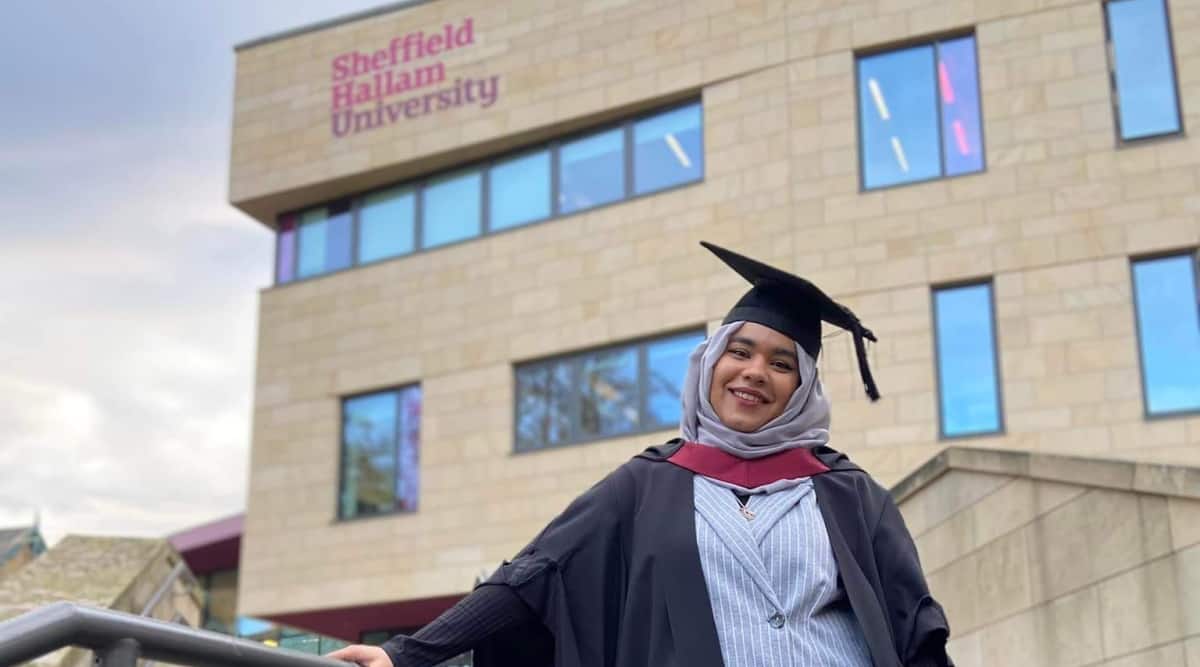 Sabahat Khan, a hijab-wearing woman from Aurangabad, has been elected president of the students’ union at Sheffield Hallam University in the UK.

Khan, who is pursuing her graduate studies in public health, won with more than 2,500 votes out of a total of 6,900 votes.

“People saw me as a person and my potential to represent them as a student leader, not my attire. And that is the most important,” Sabahat said.

“I am proud of who I am and will do everything in my power to empower anyone who wears the hijab. I am from Aurangabad but I had ideas and I see where they have taken me. None stereotype hasn’t stopped me and it shouldn’t stop anyone. There’s a lot more to me than what I’m wearing. Let’s focus on the most important things instead,” said Sabahat, who earned her bachelor of science degree at Babasaheb Ambedkar Marathwada University.

Sabahat said her work as an International Student Officer (ISO) during the pandemic has helped her connect with international students from all walks of life.

But it also emphasizes the inclusive and supportive culture of Sheffield Hallam University society. “Regardless of gender, ethnicity and religion, everyone deserves the same treatment,” Sabahat said.