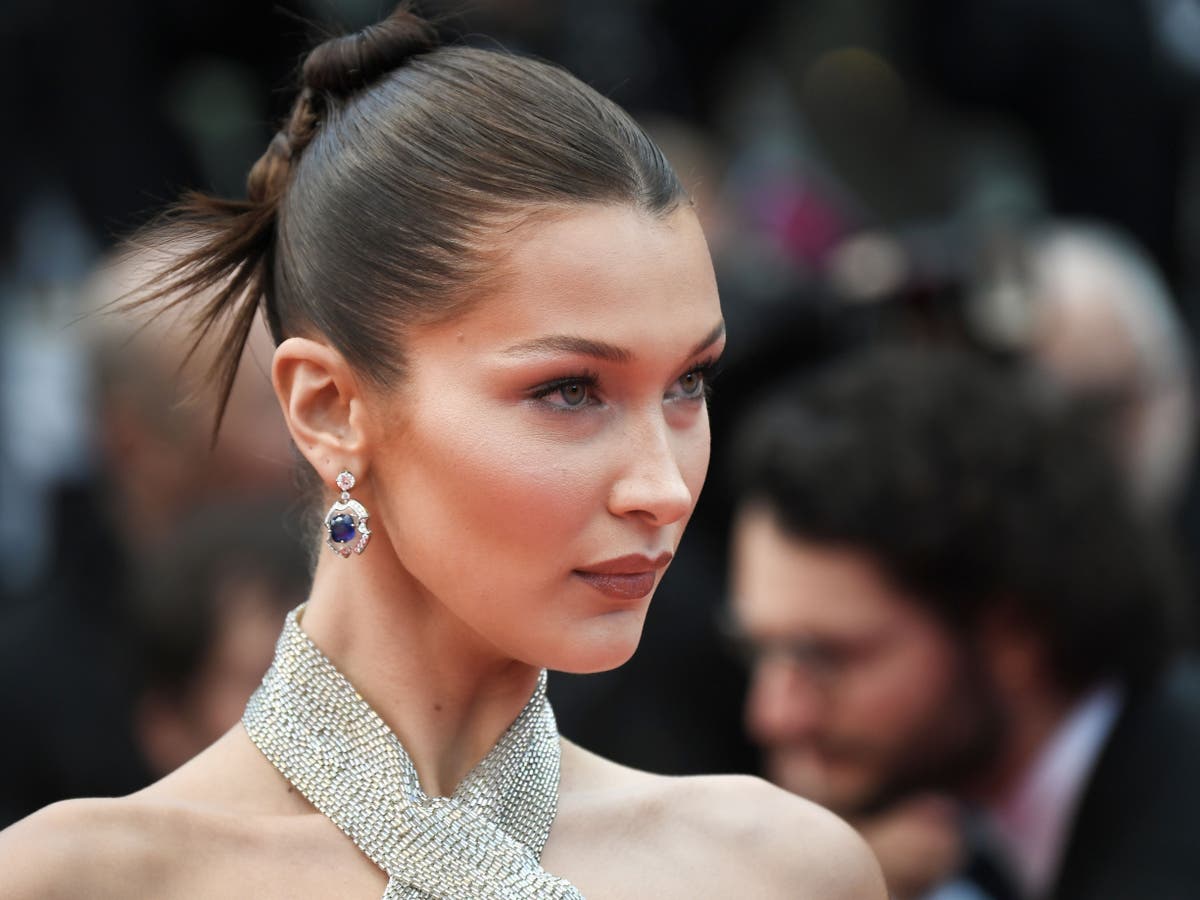 Bella Hadid uses her platform to raise awareness about discrimination against Muslim women who wear the hijab.

The model, 25, shared a series of posts on her Instagram on Thursday, February 17 detailing some of the struggles affecting Muslim women around the world today.

A message showed support for Hoda Al-Jamaa, a 17-year-old schoolgirl from Otago, New Zealand, who was hospitalized this month after three other students allegedly ripped off her hijab and beat her.

“It makes me angry and sick,” Hadid wrote in the caption.

“We need to change this immediate judgmental mindset. Teach our friends, children, parents, families that wearing a hijab, being a Muslim, or being anything other than white in general, does not equate to being a threat or different from anyone else.

As current fashion trends such as the balaclava gain popularity, Hadid also urged the public to “remember where the hijab resonated and why it is so important to Muslim women around the world.”

“Although different forms of hijab and headwear are beginning to appear in fashion, let us still remember the daily struggle, abuse and discrimination that Muslim women regularly face because of their faith and beliefs. what they stand for,” she said. .

“While we see growing appreciation for hijabs and coverings in fashion, we also need to recognize the cycle of abuse that Muslim women of all different ethnicities in fashion routinely encounter in fashion houses, in especially in Europe and America.”

Hadid shared a photo of a recent project from a French publication court which aimed to challenge widespread stereotypes about hijabi women.

“This photo is of a good friend of mine,” she said, tagging French model Taqwa Bint Ali in the caption.

“She said to me, ‘I remember I decided to do this shoot because I had never seen photos of smiling, colorful Muslim women. I needed to create these images so badly.’

In a third post, the model called on the leaders of France, India, Quebec and Belgium to end “discriminatory” laws against the hijab and other religious coverings in their countries.

Protests have been taking place across the Indian state of Karnataka since earlier this month after a government-run college banned six teenage girls from wearing the hijab in classrooms.

In January, the French Senate voted in favor of banning the wearing of “religious symbols” – including the hijab – in sports competitions.

The ban, proposed by the right-wing group Les Républicains and opposed by Emmanuel Macron’s government, was approved by 160 votes in favor and 143 against.

The bill will now go to France’s National Assembly after the Senate refused to vote on the legislation this week.

“I urge France, India, Quebec, Belgium and all other countries in the world that discriminate against Muslim women to rethink the decisions you have made or are trying to make at the future about a body that is not yours,” Hadid said. wrote.

“It’s not your job to tell women whether or not they can STUDY or PLAY SPORTS, ESPECIALLY when it comes to their faith and safety.”

The right of Muslim women to wear the hijab has been a point of contention in France since 1989, when three students were suspended from a school in Creil for refusing to remove their headscarves.

Since then, at least 100 girls have been suspended or expelled from schools for wearing the hijab in class. In almost half of these cases, the exclusions were overturned by the French courts.

all you need to know

Are installment loans and payday loans the same thing? –