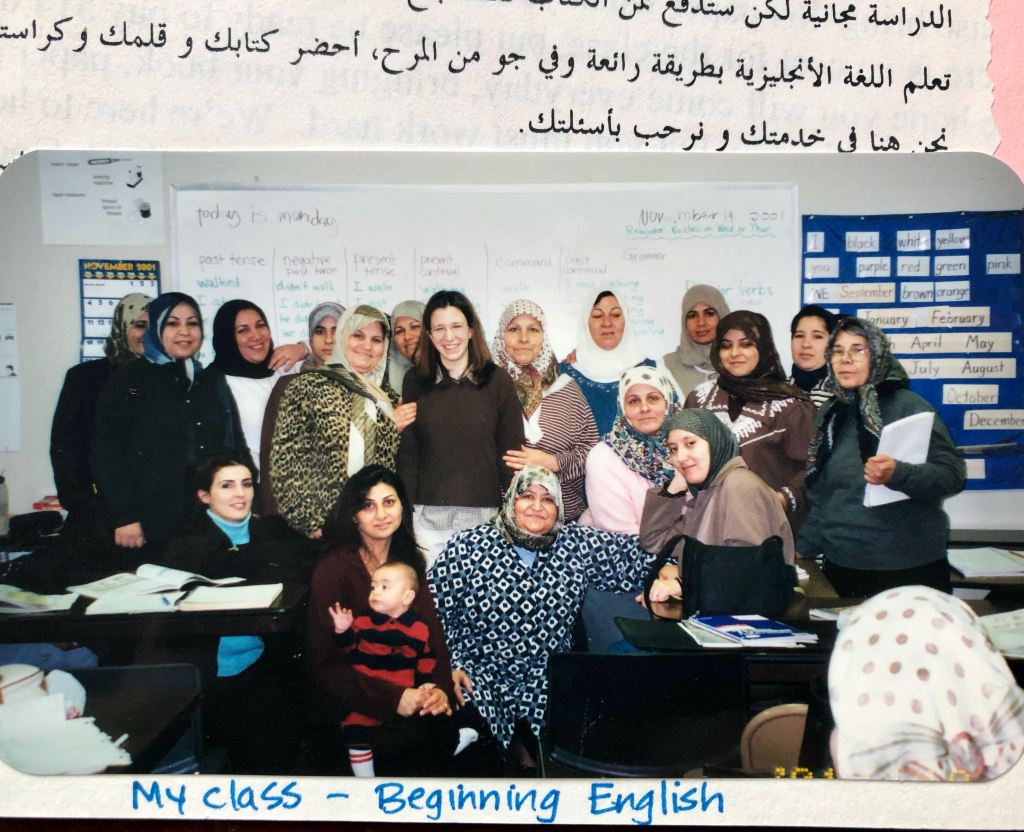 A resident of Greeley began her first day as an English teacher the day after the tragic terrorist attacks of September 11, 2001, teaching a class of Arabic-speaking women in a city with the largest Muslim population in the United States.

Georgia Coats reflects 20 years later on the trials, lessons, friendships and lifelong memories created in Dearborn, Michigan, in the years since the day that changed America forever.

Coats was born into an immigrant family in Denver. She attended the University of Northern Colorado to study Spanish for bilingual education. Coats and her husband joined a nonprofit organization that moved them to Dearborn, where she would later earn her Masters in Language Learning.

Just a month before the Islamist terrorist group al-Qaeda attacked America, Coats and her husband entered a community with the largest Muslim population outside of the United States.

â€œWe literally drove around town like it was in mid-August 2001,â€ Coats said, speaking of the life-changing events to come. â€œWe didn’t know what we were getting into. “

Dearborn became the home of the family for the next 17 years as they fully immersed themselves in a new culture where restaurants and shops were geared towards Muslims.

The couple learned the language and culture by bonding with people in their community. Coats and his family joined their neighbors for tea, celebrated Muslim holidays, helped people on the path to citizenship, and attended the mosque with their friends.

â€œIt’s just learning a different perspective from mine, appreciating it and loving it,â€ she said. â€œSo even though there were so many differences, it was clear that we were ‘us’ and that the people, my neighbors, were my community, and I was part of their community. There was definitely a gift and a reception of life, and it was truly a beautiful thing. “

During her first month in the city, she decided to continue teaching at a local English institute. As a member of a Muslim community and as a teacher to Arabic-speaking women, Coats saw first-hand the impact of September 11 on refugees.

She never expected the first day of her teaching journey to begin the day after one of the most heartbreaking days ever in America. As she juggled the grief, fear and disbelief of the attacks, it was clear that the Muslim population was in the same boat – at least to some extent. Things were very different for their communities.

â€œDearborn is, at least statistically, while we were there, the largest concentration of Arabic-speaking Muslims outside the Middle East,â€ she said. â€œWe have become the focal point of Islam in America. So when Islamophobia started to become a very clear thing with a clear label, we were often the target or the portrayal of a backlash on a community because we were Muslim America.

As Islamophobia ravaged the country, the lives of Muslim refugees and immigrants were affected daily. The September 11 attacks drastically changed the views and beliefs of many Americans that day.

The residents of Dearborn were very scared after 9/11, Coats said. When more than 40 Arabic speaking women entered her classroom the day after the tragedy, most of them in tears, she saw the immense consequences.

â€œThe women in my classâ€¦ they were very scared because they, as refugees and immigrants, came from war-torn countries,â€ Coats said. â€œThey left bad places, dangerous places. So when they watched the attacks and came to class, the appearance of all of their faces was very human, like my appearance and my feelings.

When Islamophobia became a clear issue in the nation, as a member of the Muslim community, Coats failed to understand the sheer hatred that was spreading around. She knew that her friends, students and neighbors shared the same amount of sadness and grief as everyone else.

Coats said the looks on their faces said, â€œThis has happened to us. How do we let everyone know that we feel bad and that we are afraid? And that is a bad thing and that we didn’t like it?

In that classroom on September 12, she heard these questions and concerns among women who wanted to communicate about trauma and feelings, but didn’t know how. Coats threw away his first planned teaching lesson and spent the day teaching his students how to talk about grief.

Outside the classroom, Coats said the Muslim community immediately gathered to mourn and honor the lives lost during a vigil on 9/11. Arab families displayed American flags because they were Americans who loved and lived in the county.

â€œThey wanted people to know that they were joining the country in our grief because they were part of it too,â€ Coats said. â€œAnd I hadn’t realized how important it was for them to demonstrate all of this. And I think even now in the pandemic, hard times bring people together. So now that I see what happens during a pandemic, I’m like, â€œWow, before I even had time to realize it, 9/11 really brought our community together. “

Meanwhile, Coats was battling his own plight in the face of the terrorist attacks, as people called to ask if his location was a safe place to live.

She said it was difficult to live between the two worlds being a member of an Islamic community and hearing the anti-Islamic rhetoric from the outside population. But the most difficult impact of September 11 for her was not knowing how to help the Muslims around her.

â€œI felt helpless,â€ she said. â€œI felt like the best thing I could do was teach English. Teaching English is stimulating and it’s a great service. But I don’t know, other than that, I don’t know enough to know how to help anyone. There were so many unknowns and tensions that I couldn’t do anything about or even questions that I couldn’t answer.

Despite the general feeling of helplessness, the people of Dearborn have come together to become the face of unity, according to Coats. Especially when people kept trying to bring hostility and violence to their streets.

As the focal point of Islam in America, Dearborn has seen its fair share of racist and hate incidents.

About 10 years ago, on the anniversary of the 9/11 attacks, anti-Islamic pastor Terry Jones threatened to burn a Koran outside one of the largest mosques in the United States located in Dearborn.

In response, when people like Jones came to the city, Coats and his Muslim neighbors came together for peace to show the world that Muslims and Christians can get along.

Coats began to work and rally people from different backgrounds and cultures. Since 2018, she has worked as a teacher and community navigator at the Center for Immigrants and Refugees of Northern Colorado.

â€œSo what I’ve learned as a cultural and language coach is that the more we learn about other perspectives, the more we can have a healthier integration and appreciation for others. We can be ‘We’, not ‘They’.

There are still people who do not want to integrate or learn to understand other cultures. Coats said people cannot change the perspective of someone who is openly angry or racist. But there are ignorant people who may not understand, but are ready to listen and learn. Helping these types of people is part of Coats’ love for their job.

“I guess my goal is how can I help people take one step closer to understanding or one step closer to being involved, or achieving something that they have never tried. before, “she said. â€œBecause our immigrant and refugee friends have to try new things and interact with people they don’t know and languages â€‹â€‹they don’t understand. So, they must be daring and daring and vulnerable and a learner. So how can I help get other members of our community to try these things as well?

â€œAnd I guarantee people will love it if their minds are open to just learn something new,â€ she said.

Integration requires a two-way relationship, which means giving and receiving between the two parties, Coats said. This idea can be seen in his time in Dearborn.

â€œI think I went into my first English class there on 12/9 thinking, ‘I’ve got something to give,'” Coats said. â€œBut what I learned there in Dearborn and here now is to be just as open to receiving. And that it is about healthy integration is when people of different cultures, languages â€‹â€‹and religions give and receive together.

As the nation looks back on 20 years since the 9/11 attacks, remembers the 2,977 lives lost and millions of people affected by the devastating day in history, including those who have faced the hardships of anti-sentiment. Muslim.

â€œI think no one ever forgets. Like those women in my English class, they don’t forget, â€Coats said. “That question people ask, ‘Where were you on September 11? ” It’s a good question. It is open and allows people to express who they are and what they have been through. So maybe the next step is to find someone you know from a different background and ask them where they were and how it affected them.