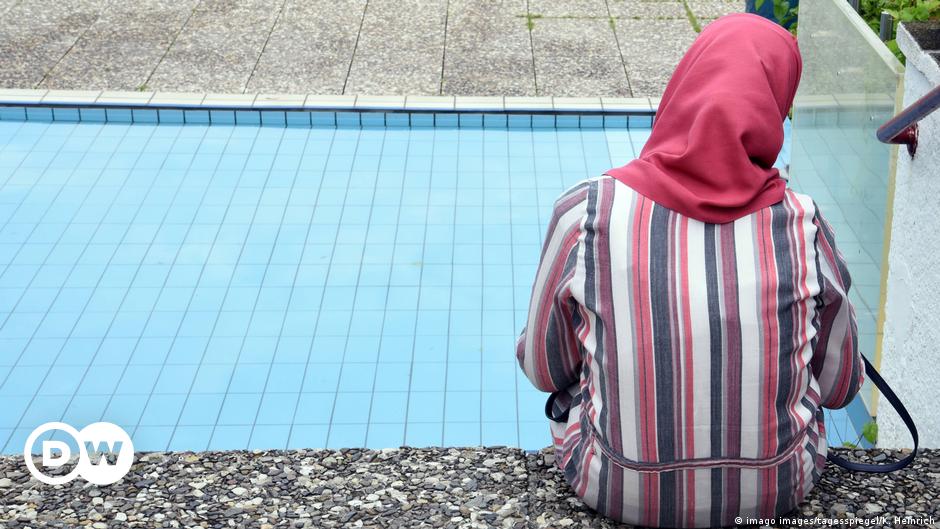 German elections: a woman wearing the hijab turned away from the voting booth | News | DW

Polling assistants in the city of Bergheim, in western Germany, initially refused a 21-year-old woman wearing a hijab and a protective mask to vote in the German elections on Sunday.

Poll workers reportedly cited a ban on covering her face for not allowing her to vote, according to local public broadcaster WDR. The law states that those who wish to vote must be identifiable.

She was then allowed to vote after studying the law and complaining to city officials. The city’s electoral council said she was allowed to wear her headscarf and vote, while adding that restrictions on face coverings applied to more conservative forms of dress such as the burqa or niqab.

A video of the woman speaking to election officials circulated on social media. Users accused election workers of being Islamophobic or racist.

How did the municipal authorities react?

Bergheim officials have apologized for the incident.

“There is no excuse for this extraordinary error in judgment. Something like this simply should not happen,” Bergheim Mayor Volker Miesseler said in a statement. Miesseler spoke to the young woman by phone and is expected to meet with her personally in the coming days.

A statement from the city of Bergheim said there was no indication that the woman had been turned away for Islamophobic, racist or discriminatory reasons.

The voting assistant in charge of the young woman “had assumed that the veil was inadmissible, although the management of any veil was explicitly discussed during the training of election workers.”

Although women wearing headscarves can vote, a European court ruled earlier this year that German employers can ban blankets “in certain cases”.

The case was brought by two Muslim women in Germany who had lost their jobs because of their headscarves, the court ruling angering religious associations.