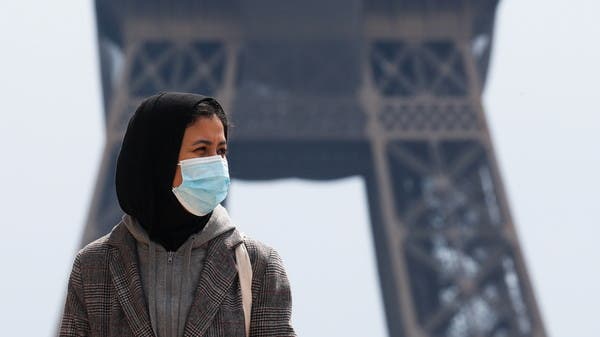 The Muslim headscarf took center stage in the French presidential campaign on Friday amid pressure from far-right candidate Marine Le Pen to ban them in the country with the largest Muslim population in Western Europe.

She and her rival Emmanuel Macron, facing a closely contested second round on April 24, were confronted by women in headscarves who questioned why their clothing choices should be caught up in politics.

For the latest headlines, follow our Google News channel online or through the app.

Macron would not ban religious clothing, but he did oversee the closure of several mosques and Islamic groups. And many Muslims feel that the presidential campaign has unfairly stigmatized their faith.

At a farmers’ market in the southern town of Pertuis, a woman wearing a blue and white head covering approached Le Pen as the candidate walked past fishmongers and vendors to greet supporters.

“What does the headscarf do in politics? asked the woman.

Le Pen defended his position, calling the headscarf “a uniform imposed over time by people who have a radical vision of Islam”.

“That’s not true,” the woman replied. “I started wearing the veil when I was an older woman… For me, it’s a sign of being a grandmother.” The woman noted that her father had served in the French army for 15 years.

Le Pen’s opposition to the headscarf has summed up what its critics say makes it dangerous for French unity, by stigmatizing millions of French Muslims.

Le Pen would also reduce immigration and wants to ban ritual slaughter, which would restrict French Muslims and Jews’ access to kosher and halal meat.

Macron also debated a woman wearing a Muslim headscarf on Friday during a heated exchange on the France-Info channel. He sought to distance himself from Le Pen saying he would not change any laws, but defended the existing headscarf ban in schools as part of France’s secular principles.

The woman, Sara El Attar, said she felt insulted by Macron’s previous comments where he suggested the headscarf destabilizes relations between men and women.

French women “have been castigated in recent years for a simple headscarf, without any leader deigning to denounce this injustice”, she said. And she repeated the argument made by many veiled women in France: that people mistakenly think that they are veiled not through personal choice, but because men make them wear headscarves.

Macron has sought to defend his record. “For me personally, the headscarf issue is not an obsession,” Macron said.

But critics say his government has stoked prejudice against Muslims by cracking down on what it claims are efforts by some Muslims to create spaces in France for stricter interpretations of Islam. The government attacked certain schools, mosques and Islamic associations.