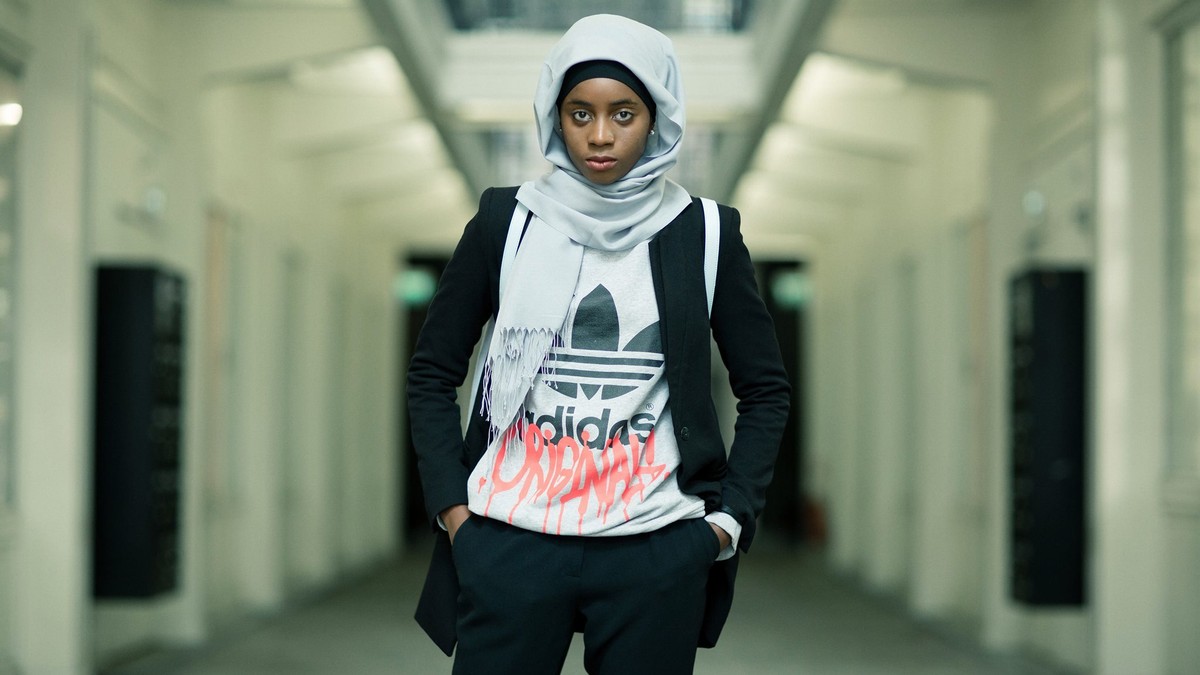 With the last round of the elections on Sunday, French voters must choose between Emmanuel Macron, the centrist leader of the young En Marche! (in French for “On the Move”), and Marine Le Pen, the former leader of the far-right National Front.

Le Pen waged a terrifying anti-immigration and anti-Islam campaign. In a speech, she described multiculturalism as “the soft weapon of Islamic fundamentalists, which is authorized by useful idiots under the guise of tolerance”. If elected, she would ban religious symbols like the hijab in public and cap immigration at 10,000 per year.

Le Pen’s rhetoric is not new to Muslim women in France. The country has waged an obsessive legal war against the headscarf since 2004, when full face veils like the burqa and niqab were banned. Those who work in the public sector, including teachers, are prohibited from wearing the hijab.

We spoke to six Muslim activists and feminists about their fears and hopes for this weekend’s election, and what it’s like to be a hijabi in France.

Seeing naked women in commercials, dancing suggestively in music videos, or being viewed as sex objects is another form of submission. The hijab is a way to free myself from all of this. I want people to be interested in my ideas first, rather than my physique.

As a Muslim feminist, I fight for the rights of all women. If a woman wants to go topless and wear a mini skirt, that’s not my problem; she can do whatever she wants.

Islam is part of France today. French Muslims must stop being presented as foreigners. If we are less discriminated against and marginalized, things will be better. I will vote on Sunday, it is my duty as a citizen.

The previous generation did not wear the hijab as much as ours. Our mothers and grandmothers just wanted to integrate into French society.

The fact that the hijab came under such scrutiny – labeled as bad and oppressive for women – made us wonder what the problem was. Many of us have started to delve into the meaning of the hijab as a result of this ongoing controversy. We came back to our religion and our culture, to our religious texts and started to wear it.

We Muslim feminists find solace in the reaffirmation of our religious identity. When you decide to wear the hijab, you don’t say to yourself: “I’m doing this to disturb Sarkozy or Le Pen”. The French assimilationist model does not recognize the plurality of our identities.

I don’t vote, but I respect those who do. No political party respects my identity.

People tell us that the hijab is a tool of patriarchal oppression. This argument is so tiring. Women should be able to use their bodies as they wish, dress as they wish, without being judged or stigmatized.

I recently changed my mind about voting, hesitated a lot because a lot of candidates don’t represent us and make us feel like second-class citizens, but I will vote against Le Pen because I don’t want the situation for the most vulnerable people in France to get worse.

Extreme speeches have been normalized. In France, the Minister for Women’s Rights compared Hijabi women to black slaves who â€œwere for slaveryâ€. If politicians can talk about us this way, why shouldn’t the man in the street do it?

Today, there is no longer this fear of the National Front. Today, it is possible that she will be elected. But I say to myself, if Marine comes to power, maybe some will revolt.

I was told that my hijab was part of a teenage crisis and that I was rebelling against the values â€‹â€‹of France. I have heard people compare the hijab with the thong. It’s always the same negative judgment when women decide to use their bodies in their own way.

I don’t vote. I don’t think that voting for a president every five years is necessarily a political actâ€¦ None of them represent me.

Racism in France is a huge problem. A few years ago, I was on vacation with my family in Le TrÃ©port, a seaside town in the north of France. I was waiting in a parked car for my siblings. Another car passed close by, a couple in the front with two children in the back seat. They opened their window and shouted at us, “Get away you dirty blacks!” Two years ago, in the same town, a kid who was maybe eight or nine called my sister and I monkeys.

I will abstain from voting. I do not feel represented by any of the candidates. It may sound sadistic but I’m curious to see what will happen if Marine Le Pen wins. Whether or not she wins, it will be the same.

Last January, I was in the Senate in Paris. I found myself facing odious feminist groups. I was booed when I said that women who wear the hijab are women. I remained dignified, and I held on to Strasbourg to burst into tears. I felt very lonely and hated being a feminist that day.

What gives me hope is to witness the dynamism of young Muslim women who feel strong enough to build local solidarity with other minority groups, [like] homosexual groups. It would have been unthinkable ten or fifteen years ago.

The current rise in Islamophobia is very dangerous. We are heading straight for fascist dead ends. One day I was in a supermarket and a man came up to me and said, “One day a second Hitler will come and he will exterminate you all.”

Terrorism disrupts our drive to rethink society as something inclusive. I am not saying that there are no groups that threaten democracy, but to confuse ordinary Muslims who have individual, non-political religious practice with terrorists is kind of hunting down Muslims.

Politicians don’t want to understand us. When will they be able to think of France as non-white, as a diverse country? In France, it is wrong to talk about race, but it is a social reality. In this country, Islam has become synonymous with Arab race or identity.

[I would never vote for Marine Le Pen but] as dramatic as his presidency is and the impact on our lives, sometimes I wonder if we don’t need a Le Pen tsunami [to bring things to breaking point].