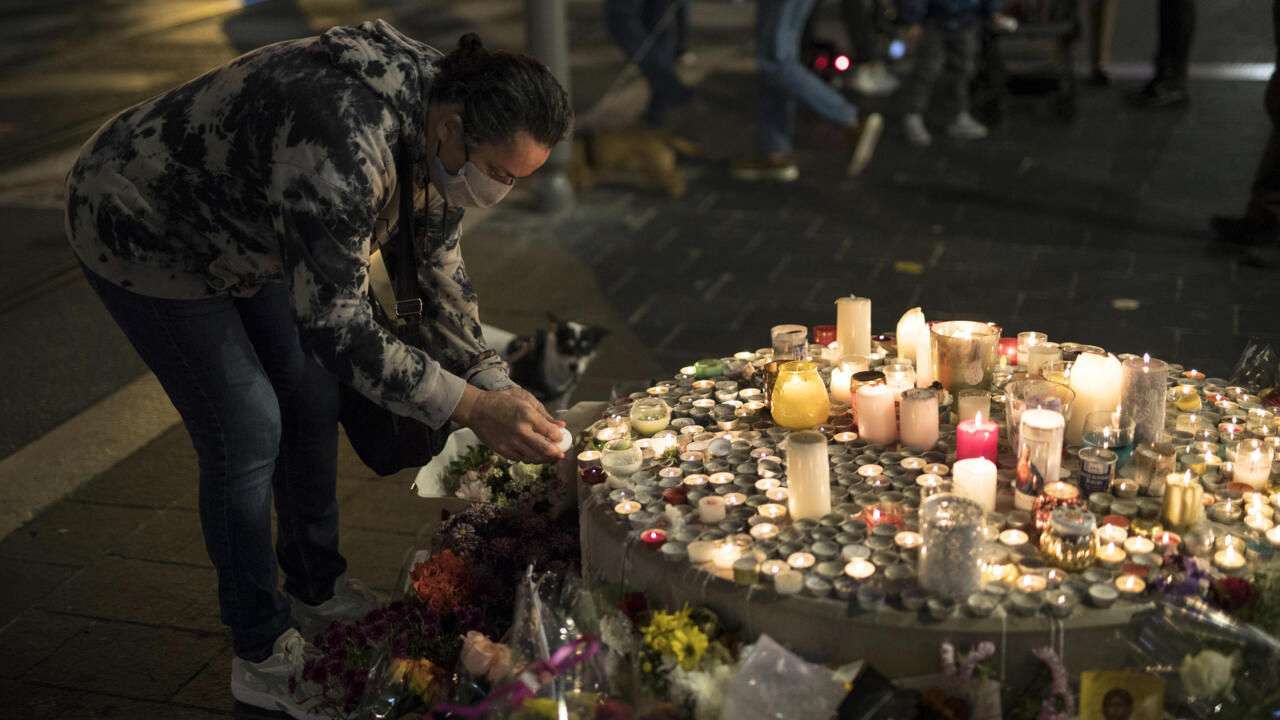 The massacre of three people in the Notre-Dame basilica in Nice on Thursday shook all of France, including the five million Muslims in this country.

The people of Nice flocked to lay flowers and candles in front of the church where on Thursday a 21-year-old Tunisian, Brahim al-Aouissaoui, stabbed three people.

It happened just 13 days after history teacher Samuel Paty was beheaded outside his high school in northeast Paris.

Abdallah Zekri, secretary general of the French Council for Muslim Worship (CFCM) declared that the Muslim community was “stunned by these attacks” following the “cowardly murder of teacher Samuel Paty”.

“We feel hatred and anger against these criminals, these terrorists, who use the cartoons of Mohammed as a pretext to kill here in France,” he told RFI.

â€œI call on our fellow citizens to be vigilant in these difficult times, to question the motivations behind these ill-intentioned attacks which sow death and division in our society.

“As a sign of mourning and solidarity with the victims and their loved ones, I call on all Muslims in France to cancel the Mawlid feast celebrations.” Mawlid marks the birthday of the Prophet Muhammad, celebrated next Thursday.

Pitting people against each other

Nice, on the French Riviera, has a large Muslim population, mostly from neighboring Tunisia.

Many live in the quiet, cosmopolitan neighborhood around Notre Dame Basilica.

Among a series of halal butchers and shops selling North African food, Tunisian-born Leila and her husband have run a bakery for 35 years.

“We get along with everyone: Catholics, Italians, Arabs,” they told RFI. “As long as we respect people, they respect us.”

Leila said Thursday’s knife attack looked like a betrayal of her religion.

“No one has the right to kill, to take the life of a mother,” she said, referring to Brazilian mother Simone Baretto Silvaone – one of the three victims of the attack. Shortly before she died of her injuries, she asked those who were helping her to â€œtell my children that I love themâ€.

The other victims were the father of two children, Vincent LoquÃ©s, who worked at the basilica welcoming the faithful, and a 60-year-old woman whose name we do not yet know.

Leila said she felt saddened for the families of the victims but also feared that the increase in such attacks would divide society and stigmatize Muslims.

â€œThe last time I took the tram, people were looking at us strangely,â€ she says. â€œAn old man sat next to me and a woman warned him, ‘Be careful, she’s going to cut your throat.’ I preferred to be silent and not to feed the fire, but people mix everything up, pit people against each other.

The French government has promised to crack down on religious extremism and separatism, what Interior Minister Gerald Darmanin called “the enemy within”.

Authorities recently closed a mosque on the outskirts of Paris, Darmanin proposed to ban several Muslim groups, and even suggested a ban on the sale of halal and kosher food in supermarkets.

Some Muslims believe there is a risk that Islam in general, rather than the perpetrators of terrorist attacks, will be labeled an enemy.

“Like all French citizens, we are devastated by what happened,” an elderly man, leaving the Grand Mosque in Paris, told RFI.

â€œThese people do not represent Islam at all. They say ‘Allahu Akbar’ but when they are before God they will be punished. How can they kill on our behalf? It is not possible.

“You know, the Quran says’ whoever takes a life – [unless as a punishment for murder or mischief in the land] – it will be as if they were killing all of humanity â€.

All the children of God

A young devotee said he feared people would increasingly confuse Islam with terror. Pointing to the people coming out of the mosque, he said, â€œYou can see that there are a lot of good Muslims; terrorists can be Christians, Muslims, or whatever. Stupidity knows no religion or border.

“The people who carry out these attacks are not Muslims,” â€‹â€‹insisted a young woman in a hijab. â€œA true Muslim has beliefs and fears Allah. “

“I am very shocked by people who cut the throats of other people,” an older woman told RFI, her voice trembling. â€œThey hadn’t done anything wrong, they were just praying in church. Why such hatred? We are all children of God. It must stop.

The challenge of conquering evil

Heavily armed French soldiers are now mobilized to protect places of worship, in particular Catholic churches, before the religious holiday of All Saints on Sunday.

Several stood in front of the doors of a church in the old quarter of Nice where Father Michel Angela prayed Thursday evening to bring comfort to people traumatized by knife attacks.

“You cannot react when the emotion is too strong, you have to take a little time to react more calmly”, he explained to RFI, explaining why they had waited several hours before welcoming the parishioners.

â€œEvil is the challenge,â€ he said, quoting 20th century French philosopher Paul Ricoeur. â€œThis is indeed the great challenge we are now facing.

Pascal was among the twenty or so faithful to the church. “We always think that a church is a sacred place, that it offers protection,” he said. “But history repeats itself, it’s always the same violence, men against men, opposing each other on completely absurd ideas”.

For Leah, Thursday’s attack brought back bitter memories of the July 14, 2016 terrorist attack when a Tunisian with ties to the Islamic State armed group drove a truck on the Promenade des Anglais in Nice, killing 86 people, including many Muslims.

“We have been particularly targeted here in Nice,” she said. â€œWe try not to give in to fear, hatred or anguish, but to live in peace and with love. It is a challenge, given what is happening today in this context of global terrorism.

Mohamed Colin, editor of the Muslim daily Saphirnews, said his publication was “deeply saddened” by what had happened and wished to show his deep solidarity with French Catholics.

â€œWe know full well that Muslims in France have many links with Catholics. There is solidarity between these two communities, “he told RFI. World religions program.

â€œInterfaith dialogue is extremely rich both at national and local level. Many mosques organize debates with the support of priests. [the terrorists] precisely attempted to destroy this symbol and the initiatives that work so well.

Amritsar: members of the Muslim community organize a demonstration “Boycott France” on the occasion of Eid – i – Milad – Un – Nabi #Gallery