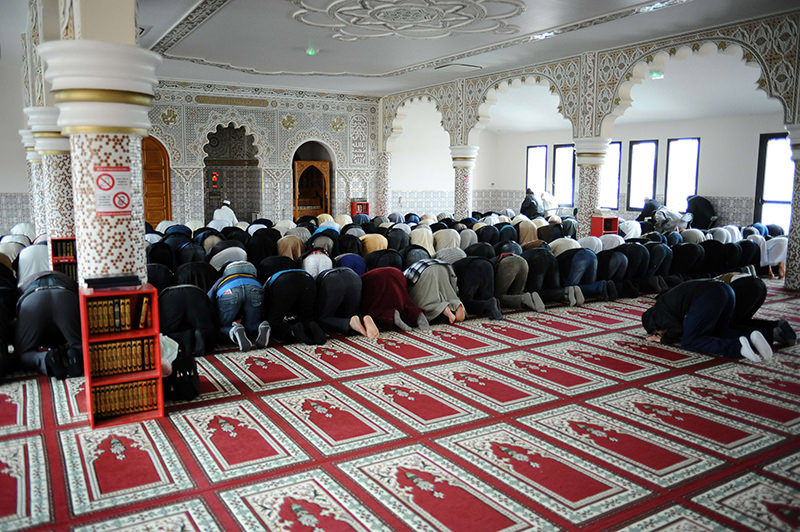 Amid growing Islamophobic incidents in France, Muslim leaders have called for the construction of more mosques to provide millions of Muslims in France with a place to pray indiscriminately. The current total of 2,200 mosques in France, largely small-scale mosques, is not enough to adequately serve the Muslim community in France, Muslim leaders said at the 32nd annual convention of the Union of Islamic Organizations of France (UOIF), which brings together more than 250 Muslims. associations together.

“The number of mosques should reflect the number of French Muslims,” â€‹â€‹said UOIF President Amar Lasfar.

“Islam is no longer an Islam resulting from immigration, it is a national Islam which has the right to the recognition and consideration of the French population on the same basis as the other communities in France”, declared Boubakeur stressing that the Muslim community must be respected in the country. .

Since the founding of the French Council for Muslim Worship in 2003, the scale and number of mosques across the country have been a matter of concern. Mosques which tend to be small have led to many allegations of discrimination, as most worshipers have been left to pray in small rooms. Despite the size of the Muslim population in France, the country has only a few large-scale mosques with enough space to pray for every devotee. The increase in the number of large mosques is still on the agenda of the French Muslim Council.

France is home to the largest Muslim population in Europe, estimated at between 4 and 5 million. The French Muslim community makes up about 6 percent of the total population of 58.5 million. However, French Muslims do not feel safe due to the weak security measures imposed by the French government compared to other threatened French minorities.

Following the deadly attack on the French satirical magazine Charlie Hebdo, Muslims in France have come under violent attack due to an increase in mistrust and negative feelings towards the French Muslim community. Reports of attacks on mosques and Muslim-run businesses in various parts of France have led many French Muslims to fear the rise of Islamophobia. The threat posed by many French activists affiliated with the Radical Islamic State of Iraq and al-Sham (ISIS) has led to growing intolerance towards the Muslim community. With the rise of far-right extremism, peace and solidarity have slowly eroded in French society. The misrepresentation of Islam by militant groups like ISIS, al-Qaida, Boko Haram and the Taliban is sparking more fear and anti-Muslim sentiments, not only in France, but in many Western countries. As these militant groups have carried out violent attacks and killed scores of people, Europeans are more inclined to act violently against Muslims and immigrants while supporting far-right political parties.

French media have reported revenge attacks on Muslims following the Paris massacre, and many Muslims have become the target of further attacks on places of religious significance that belong to the Muslim community. Twenty-six mosques in France were the target of firebomb and gunfire attacks as of January 14, with a total of 167 Islamophobic incidents reported in January alone, compared with just 14 in the same month of 2014.

The apparent rise in racism and discrimination against minorities, in particular Muslims in France, has been condemned by the European Council. Council of Europe human rights report in February shows alarming rise in intolerance and racism against all minority groups while addressing issues of vandalism and hatred of Muslims, Jews and the widespread discrimination against immigrants, the Roma community and the social exclusion of people with disabilities.

Keep up to date with what is happening in Turkey, its region and the world.