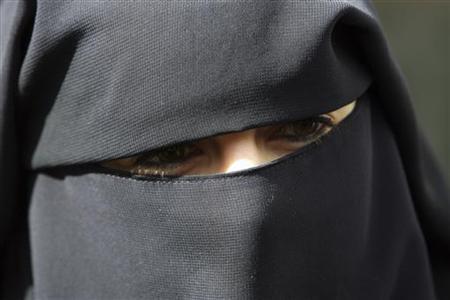 PARIS (Reuters) – France’s official Muslim council has warned the government not to expect it to impose a planned ban on the full veil for women which legal experts say will be unconstitutional and police predict that it will be inapplicable.

Mohammed Moussaoui, head of the French Council for Muslim Worship (CFCM), said his group opposed the full veil and would try to convince the small minority of veiled women that it was not a religious obligation and did not have its place in France.

But Muslim leaders could not act as agents of the state during a six-month “mediation period” during which veiled women will be arrested and told about the law but not fined.

The bill, due to pass this fall, prohibits the wearing of the full-face veil in public. After the mediation period, veiled women must pay a fine of 150 euros ($182.8) or attend ‘citizenship courses’ while anyone caught forcing them to veil faces a fine of 15,000 euros .

“It will be very difficult to apply,” Moussaoui told reporters on Thursday. “The CFCM said it was ready to work for this, but not as an agent of the State. It is the duty of society to assume its responsibility in mediation.

Justice Minister Michèle Alliot-Marie said she would depend on the police, the CFCM and local civic associations to convince the women covered that their veils violated French values.

Police unions have warned that arresting veiled women on the streets could lead to chaotic scenes and protests.

“There will be a lot of refusal, it will degenerate into insult and outrage, they will be arrested and families will gather in front of the police station,” Yannick Danio of the Unite SGP-Police union told Le Monde newspaper. Other critics of the ban said radical Muslims might provoke such confrontations to expand their influence.

AGAINST VEIL AND PROHIBITION

France’s Council of State, a leading legal advisory body, has twice warned that a ban would likely violate the French constitution and the European Convention on Human Rights, but President Nicolas Sarkozy decided to go forward.

“Some politicians see the veil as a provocation to state authority,” Moussaoui said.

“But if the Council of State, the Constitutional Court or the European Court of Human Rights censures any law passed, the authority of the state will also be weakened.

Moussaoui clarified that the CFCM, which represents 86% of mosques in France, opposes the full veil: “No one accepts it… A veiled woman cannot have a normal social life.

But he also opposed the ban, which he said would force veiled women to stay home and not tackle the fundamental question of why they want to isolate themselves from French society.

Asked how the CFCM could convince women to remove their burkas and niqabs, he said that the fact that women had to uncover their faces to perform certain rituals during the hajj pilgrimage to Mecca showed that the full veil was not required in Islam.

“How can a prohibited practice the haj become obligatory outside of it? He asked.

Fewer than 2,000 women in France’s Muslim community of 5 million are estimated to wear the full veil. Moussaoui said a large minority of them are converts, who opt for strict practices in the false belief that they reflect authentic Islam.

“They say they studied the scriptures and made their decision,” he said. “It is an illusion to think that a convert can interpret the Scriptures. They don’t have the training to do it. It’s up to the judges to do that, not just anyone.