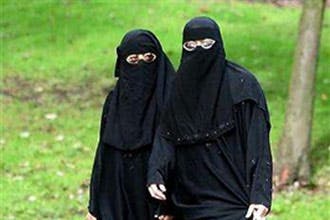 The Muslim Council of France on Thursday denounced a lawmaker calling for an investigation into women who wear the burqa, the Islamic veil from head to toe, warning not to “stigmatize”; the country’s five million Muslims.

A group of 58 French deputies demand that a parliamentary panel examine the means of combating the wearing of the burqa or the niqab, which they qualify as “prison”. and “degrading” for women and contrary to French secular principles.

The campaign’s leading lawmaker, Communist AndrÃ© Gerin, is mayor of the southern town of VÃ©nissieux, home to a large North African immigrant community, where he says the sight of fully covered women has become commonplace.

“Our politicians must stop acting so blindly,” Gerin said, describing the burqa as evidence of a new “green fascism” led by Islamic fundamentalists.

Housing Minister Fadela Amara, a women’s rights activist of Muslim origin, jumped into the fray saying “we must do everything to prevent the burqa from spreading, in the name of democracy, of the republic, respect for women “.

“What is worrying is that we see more and more” she said, describing the burqa as “a kind of tomb for women.”

But Mohammed Moussaoui, the president of the Official French Council of the Muslim Religion (CFCM), insisted that the full veil remains a rare exception among the Muslim community in France, the largest in Europe.

“Raising the subject in this way, via a parliamentary committee, is a way of stigmatizing Islam and Muslims in France”, he charged.

“We are shocked at the idea that parliament should be put to work on such a marginal issue,” he said, saying lawmakers would do better to focus on the hundreds of thousands of jobs lost in the economic crisis.

There are no figures on how many women wear full Islamic blanket in France – and if it’s on the increase – and lawmakers say that’s one of the goals of the survey.

Gerin’s measure is supported by several dozen deputies from the right-wing UMP party of President Nicolas Sarkozy and should be voted on in the National Assembly.

Addressing the subject in this way, via a parliamentary committee, is a way of stigmatizing Islam and Muslims in France.

“A return to the past of Islam”

France passed a controversial law in 2004 banning students from wearing the veil and other religious symbols in public schools as part of the government’s campaign to defend secularism.

The new feud comes weeks after US President Barack Obama apparently scavenged France’s headscarf ban in a speech aimed at bridging disagreements with the Islamic world.

Sarkozy later said he agreed with Obama that Muslim women in the West should be free to wear the headscarf, sparking an outcry from French feminists.

Gerin accused “under President Sarkozy, we are taking worrying steps backwards on secularism”.

Immigration Minister Eric Besson on Thursday warned against relaunching a quarrel over the headscarf, saying “France has managed to strike a balance, and it would be dangerous to question that.”

Paris Mosque rector Dalil Boubakeur said he supports a panel of MPs’ proposal to examine wearing the burqa “on condition that they listen to what experts on Islam have to say “.

Boubakeur said the burqa marked “a return to the past of Islam, in accordance with the preaching and the vision of fundamentalists”.

But he also said that many women have chosen to wear full coverage to assert their Muslim identity, in the face of a mainstream society that they feel hostile to any type of Islamic headscarf.

If the lower house agrees to set up the commission, it will draw up a report to be released no later than November 30, Gerin said.

We must do everything to prevent the burqa from spreading, in the name of democracy, of the republic, of respect for women