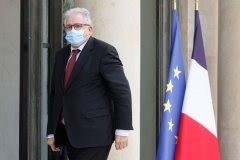 Paris (CNSNews.com) – Nearly two decades after French authorities pushed Europe’s largest Muslim community to establish a coordinating body with the government, the French Council for Muslim Worship (CFCM) is falling apart, as four of its nine member federations are looking to create a rival organization, unhappy that other CFCM members refuse to sign a government charter intended to fight “separatism” in France.

The four federations said in a joint statement this week that they plan to create a new body to better serve the interests of French Muslims.

“The new representative body will embody the essential values â€‹â€‹of an authentic and open Islam, in dignity and fairness, in perfect harmony with the values â€‹â€‹and principles of the Republic,” he declared.

The four are the Federation of the Great Mosque of Paris, the Rassemblement des Musulmans de France, the Muslims of France and the French Federation of Islamic Associations of Africa, the Comoros and the Antilles.

Since 2003, the government has relied on the CFCM as its main interface with the State and regulator of religious activities. If the four federations succeed in launching their own association, the government could find itself facing competing Muslim interlocutors.

In a related controversy, Strasbourg city council this week voted to award $ 2.9 million in grants for the construction of what would become Europe’s largest mosque. The Eyyub Sultan Mosque is to be built by the Turkish Islamist group Milli GÃ¶rÃ¼s (â€œNational Visionâ€), a CFCM member federation which is supported by the Turkish government and operates mosques for the Turkish diaspora across Europe.

The government of President Emmanuel Macron launched a charter of the principles of Islam last year, aimed at regulating French Islam and ensuring that all Muslims respect the principles of secularism of the republic.

Among other things, the Charter called for the creation of a National Council of Imams (CNI), to oversee the training of Muslim religious leaders and their placement in mosques in France.

All CFCM federations were expected to sign the charter, but three of them – including Milli GÃ¶rÃ¼s – refused to do so.

The head of the Great Mosque of Paris, Chems-Eddine Hafiz, affirms that the Islamists – “linked to foreign regimes hostile to France” – are trying to influence the formation of the CNI, and he therefore distances himself from the ‘initiative.

Franck FrÃ©gosi, expert in Islam and director of research at the National Center for Scientific Research in Paris, felt that the split of the CFCM was not really surprising, following the refusal of three federations to sign the charter.

He said there were also likely rivalries between two key figures – Hafiz, who is associated with Algeria, and CFCM president Mohammed Moussaoui, who is from Morocco.

(Tensions between the two North African countries have recently increased. Algeria supports a government-in-exile of rebels fighting for an independent Western Sahara, three-quarters controlled by Morocco. Former President Trump admitted in December last of Morocco’s claims to Western Sahara, as part of Morocco’s agreement to normalize relations with Israel.)

In a statement this week, Moussaoui accused the four dissident federations of trying to stop the work of the council. He said the CFCM would soon begin consultations with various Muslim associations, “to find a way to create a new governing body to replace the current one.”

Meanwhile in Strasbourg, an uproar ensued after the council voted 42-7 in favor of grants to help build the massive mosque, which will include a library and research center – a project estimated at some 37 millions of dollars.

Critics have come from both right and left of the political spectrum, with many fearing that the federation involved, Milli GÃ¶rÃ¼s, has refused to sign the government’s charter.

Interior Minister Gerald Darmanin said the project was too closely associated with the Turkish government and insufficiently independent.

The French and Turkish governments have been at odds in recent months. Turkish President Recep Tayyip Erdogan has led criticism against Macron after the French president last fall defended the right to display caricatures of Muhammad in officially secular France.

The vote in Strasbourg came shortly before Macron, in a TV interview, spoke of tensions between France and Turkey and warned of any interference from Ankara in France’s presidential election of the year next. Macron, however, did not close the door to improving relations with Turkey.

What you need to know about payday loans