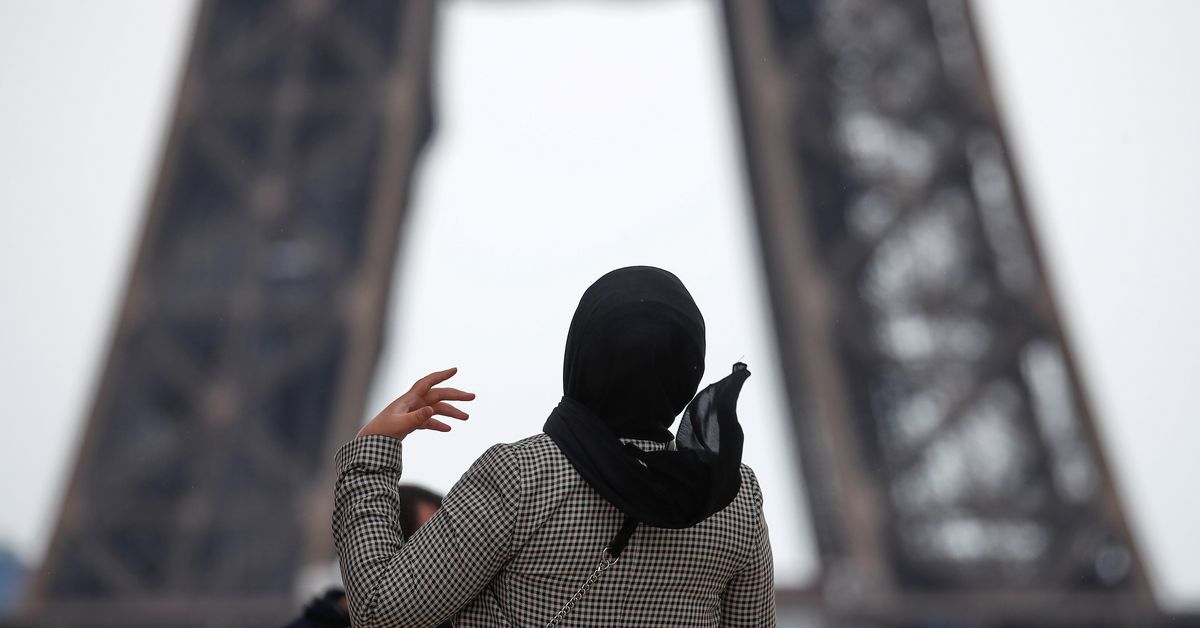 A woman wearing a hijab walks on Place du Trocadero near the Eiffel Tower in Paris, France, May 2, 2021. REUTERS/Gonzalo Fuentes/Files

PARIS, Aug 3 (Reuters) – A United Nations committee has ruled that France discriminated against a Muslim woman who was banned from attending vocational training at a public school despite she was wearing her Islamic headscarf, according to a UN document.

In 2010, Naima Mezhoud, now 45, was to train as an executive assistant in a course at a public high school, where the law prohibits teenage girls from wearing the hijab. Upon his arrival, the director of the school in the northern suburbs of Paris prohibited him from entering, according to the document seen by Reuters.

Six years earlier, in 2004, France had banned the wearing of the hijab and other visible religious symbols in public schools by schoolchildren. Mezhoud argued that as a college student, she should not have been targeted by the law.

“The committee concludes that the refusal to allow (Mezhoud) to participate in the training while wearing his headscarf constitutes an act of discrimination based on sex and religion,” the UN Human Rights Committee has determined. , according to the document.

A UN source has confirmed the authenticity of the document.

The Home Office and Foreign Office did not immediately respond to a request for comment.

The possible ramifications of the UN decision were not immediately clear. Freedom law expert Nicolas Hervieu of the Paris Institute of Political Studies said that according to case law, France was unlikely to comply with the committee’s decision.

France is home to one of the largest Muslim minorities in Europe. For years, the country has had laws in place to protect its strict form of secularism, known as “secularism,” which President Emmanuel Macron says is under threat from Islamism.

Some Muslim associations and human rights groups say these laws have targeted Muslims, chipped away at democratic protections and left them vulnerable to abuse.

Mezhoud contacted the UN Human Rights Committee after losing a series of appeals in French courts.

The committee said France violated Articles 18 and 26 of the International Covenant on Civil and Political Rights on religious freedom.

“French institutions will have to comply with the UN decision,” he added.

In theory, following the decision of the UN committee, France now has six months to financially compensate Mezhoud and offer her the possibility of following the professional course if she still wishes. The country must also take steps to ensure that similar violations of international law do not happen again.