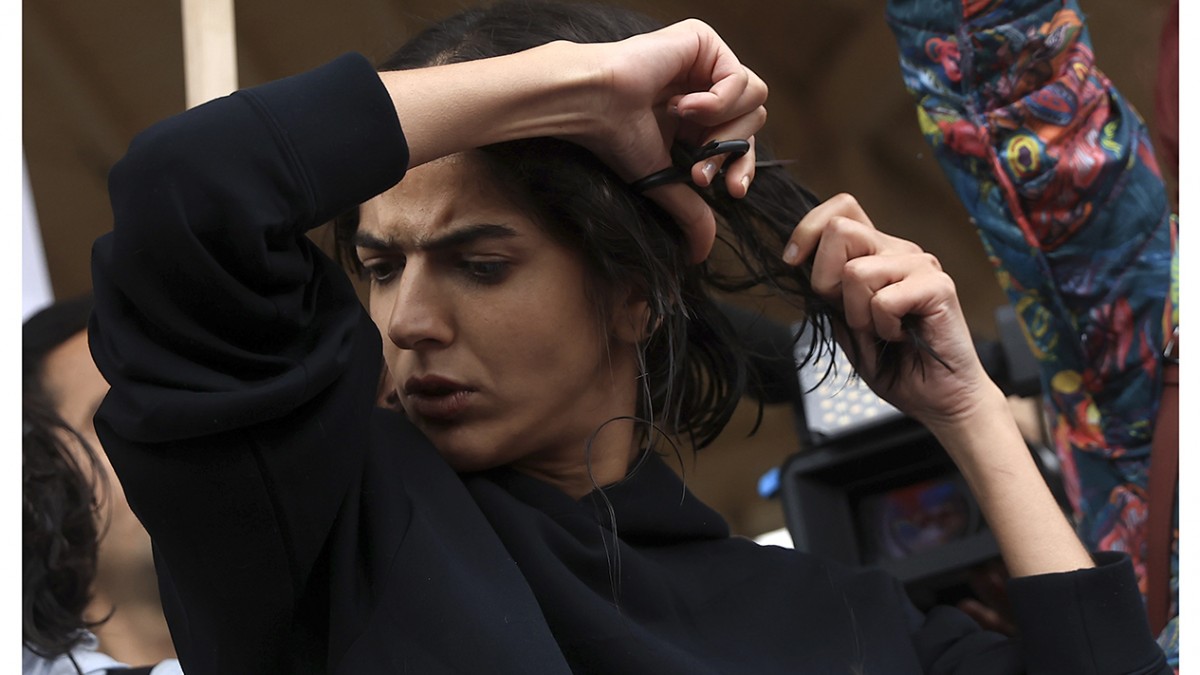 Fire breaks out in Iranian prison; Gunshots heard in videos

As the anti-Hijab movement entered its fifth week, the infamous Evin prison in Tehran witnessed fires and clashes last night, according to media reports. In videos posted on social media, repeated gunshots can be heard.

IRNA, Iran’s state-run news agency, quoting a senior security official, reported clashes between prisoners and staff. The official said prisoners set fire to a warehouse full of prisoner uniforms, which started the fire. He said the “rioters” had been separated from other prisoners to defuse the conflict.

The official said the “situation is completely under control” and firefighters were extinguishing the flames. Later, Tehran prosecutor Ali Salehi said “peace” had returned to the prison and the unrest was unrelated to the protests that swept the country for four weeks.

Notably, Evin prison is known for the notorious treatment it meted out to inmates. Several protesters arrested since the death of Mahsa Amini at the hands of the moral police for her improper wearing of the hijab are being held in Evan Prison. So far, according to reports by US-based rights watchdog HRANA, at least 233 protesters have been killed since Amini’s death. It also indicates that 32 people among those killed were minors.

Read also| Iranian women get support from Arabs and Indians online, but hijab debate is not the same in India and the Middle East

Footage from the video streamed online showed gunfire ringing out as plumes of smoke rose into the sky amid the sound of an alarm. A protest broke out in the streets soon after, with many chanting “Death to the dictator!” – a reference to Supreme Leader Ayatollah Ali Khamenei – and burning tires, circulating videos showed.

Social media channel 1500tasvir which monitors and reports the police breach and protests tweeted: “A fire is spreading in Evin prison and an explosion has been heard.

Gunshots can be heard from Evin Prison and smoke can be seen.#MahsaAmini #IranRevolution#مهسا_امینیpic.twitter.com/ut5Ds0Oup9

According to AP reports, witnesses said police blocked roads and highways leading to Evin prison and at least three loud explosions were heard coming from the area. Traffic was heavy along major highways near the prison, which is in the north of the capital, and many people honked their horns to show their solidarity with the protests.

Read also | The day I become a woman: beyond the hijab, veiling and unveiling

Riot police were seen on motorcycles heading towards the facility, along with ambulances and fire engines. Internet blockages have also been reported in the region.

According to the American Center for Human Rights in Iran, an “armed conflict” has broken out within the prison walls. He said gunshots were first heard in Ward 7 of the prison. This account, however, could not be immediately verified by AP.

Evin prison and its famous inmates

Evin prison is not only known for its notoriety, it is also a place where dual nationals and Iranian progressives are placed under high surveillance. French-Iranian scholar Fariba Adelkhah and US citizen Siamak Namazi were in the prison when the fire broke out, according to reports.

The family of Namazi, a convict in an espionage case who was released a few days ago and who has certainly been recaptured, expressed their deep concern as they have not heard from him since the fiasco. They also asked the Iranian authorities to give him ways to contact his family and release him on leave on the grounds that he is not at all safe in the prison.

#BREAKING The fire is spreading to Evin prison, according to videos obtained by @IranIntl. Prisoners broke down doors to get out of their smoky quarters and security forces fired tear gas.
Families of prisoners have gathered outside Evin and “Death to the Dictator” is heard. pic.twitter.com/RwQE78EsKd

One of Iran’s top filmmakers Jafar Panahi and reformist politician Mostafa Tajzadeh are also believed to be held in Evin.

The prison, which holds detainees facing security-related charges and includes people with dual nationality, has been accused by rights groups of abusing detainees. The facility has long been known to hold political prisoners as well as people with Western ties who have been used by Iran as bargaining chips in international negotiations.

In 2018, the prison was hit with US sanctions. “Prisoners held at Evin Prison are subject to brutal tactics inflicted by prison authorities, including sexual assault, physical assault and electric shock,” the US Treasury Department wrote in a statement after announcing the charges. sanctions in 2018.

Echoing the end of the days of the Shah

Expressing his shock at the flares in Evin prison, Roham Alvandi, an associate professor at the London School of Economics tweeted: “Shots are fired as Evin burns.”

Reminiscent of the times of the Shah’s regime which was overthrown by the people to install the Islamic republic. Alvandi said: “If, God forbid, political prisoners perish, then it will be an event on the scale of the fire at the Rex cinema in Abadan in August 1978 that hastened the downfall of the shah.”

Notably, the Cinema Rax fire was the D-Moment for the Shah regime as protests began to spread uncontrollably across the country. At least 400 people were charred as the cinema door was locked on the eve of the 1979 Islamic Revolution.

Since Amini’s death, the government has responded with a brutal crackdown, arresting activists and protest organizers, reprimanding Iranian celebrities for expressing their support, even confiscating their passports and using live ammunition, tear gas and sound bombs to disperse crowds, resulting in deaths. . The internet has also been shut down in different places to prevent protesters from connecting to the world.

(With contributions from the agency)