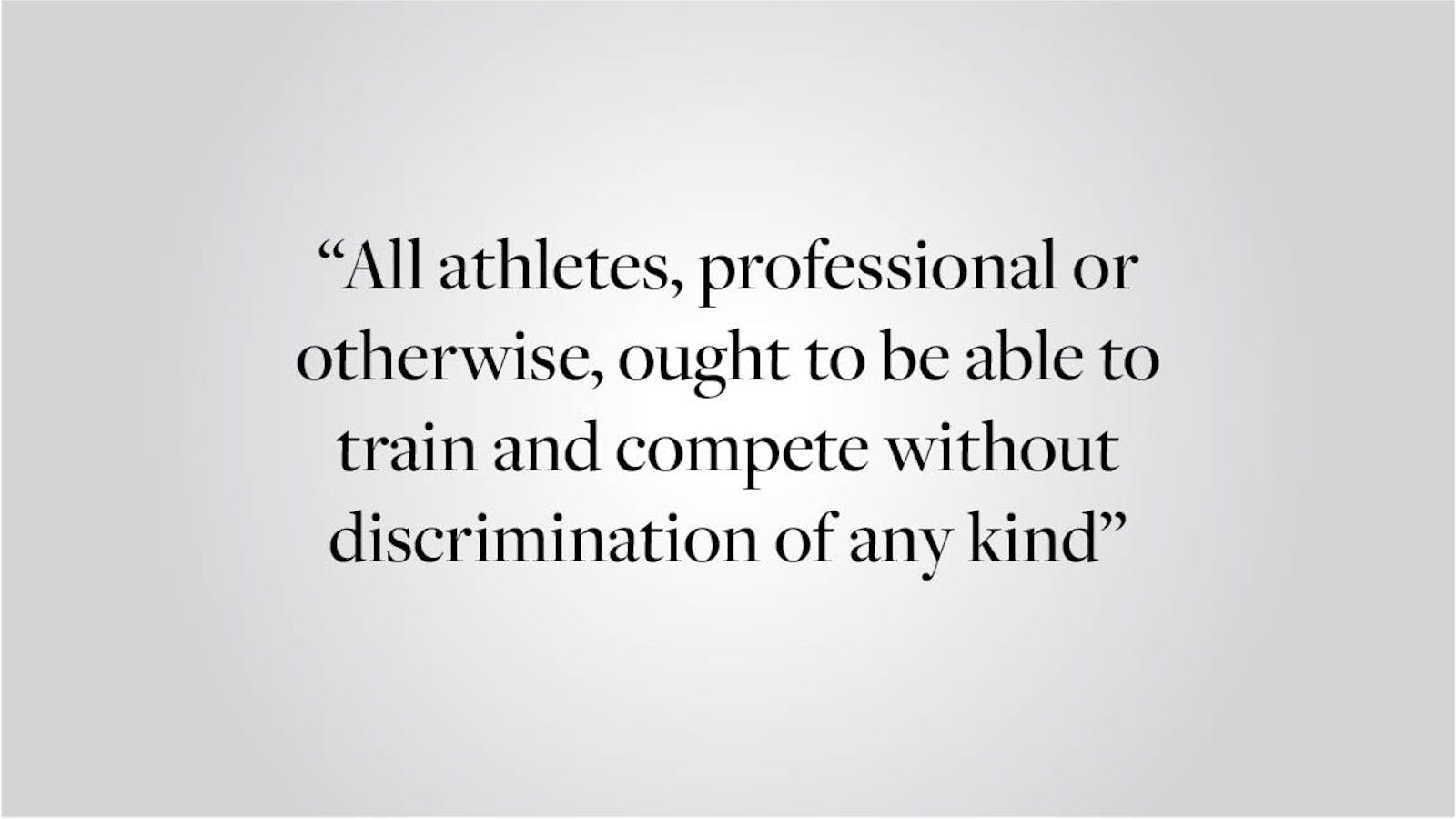 Fasseas ’23: France’s sports hijab ban must be seen for what it is – gendered Islamophobia

On January 19, the French Senate voted 160 to 143 in favor of banning the hijab in sports competitions, the latest in a long line of Islamophobic gender policies that expose the state’s desire to control and targeting Muslim women in the name of secular liberation.

Mama Diakité, who played club football for a decade wearing a hijab, sees the ban as “the end of football” for her. Another hijabi footballer, Founé Diawara, remembers being absent from local tournaments which banned the wearing of the headscarf: “I was stuck between my passion (for football) and something that is an integral part of my identity. It’s as if they were trying to tell me that I had to choose between the two.

The amendment was originally proposed by France’s main right-wing party, Republicans, who argued that the headscarf posed a safety concern for athletes. This claim, however, is patently false. Various fitness apparel brands have developed new headgear designs that further ensure player safety, such as Velcro straps that release when pulled (it was precisely this innovation that led the International Football Association Board to lift its own hijab ban in 2012).

Beyond the dubious claim of athlete safety, this bill is grounded in the French parliament’s distortion of secular and feminist values ​​that can be traced back through more than 200 years of French history.

One of the distinctive features of the French Revolution was the violent separation of Church and State. As a result, the newly formed Republic adopted a strict secularism policy, which roughly translates to secularism. In 1905, the secularism of the state was enshrined in law, relegating religion to the private sphere while placing French citizenship and values ​​at the forefront of public life.

The large group of Maghrebi immigrants who arrived in France in the 1960s and 1970s – who have become a large part of today’s Franco-Muslim population – encountered secularism in the form of state-sanctioned assimilation policies. At the turn of the century, these policies extended to some restrictions on Islamic dress, including a 2004 ban on visible religious symbols in public schools, such as niqābs, yarmulkes, large crosses, and burqas. The attack on Muslim women’s dress culminated in 2010 with the passage of a parliamentary law stating that “no one shall, in any public space, wear clothing designed to conceal the face”. The act was justified by the protection of women’s rights and confirmed by the European Court of Human Rights in the name of living together (“living together”) in a democratic society. In this sense, secularism goes far beyond the American model of freedom of religion; it represents a kind of civil religion that seeks to shape the identity of citizens, as well as certain physical aspects of the public sphere.

Proponents of the bill also buttress their arguments by invoking feminism. It is common for French parliamentarians to refer to hijabi women as “prisoners”, “locked up”, “forced” and “victims” in debates. And while it is conceivable that a subset of Muslim women are forced to cover their heads, perceiving the hijab as a monolith of misogyny, French politicians ignore the many women who freely choose to wear a head covering. For some, wearing the hijab is simply a form of religious expression; for others, the hijab is seen as a protest against Western hegemony. So viewing the hijab as merely a symbol of “religious defiance,” in the words of Columbia law professor Seyla Benhabib, only “re-imprisons (Muslim women) within the walls of the patriarchal meaning they try to escape from.” ‘escape’.

Is the exclusion of Muslim women from sports competitions really the antidote to the French government’s concerns about sexism and secularism? The answer is a definite no.

The weak case for an ever-expanding ban on the hijab and the clear harm done to Muslim women have led critics to question the motives behind such legislation. Just a year ago, French MPs passed an “anti-separatism” bill that also hoped to root out radical Islamists and protect secular French values ​​by stepping up surveillance of mosques, sports clubs and schools. This bill, like the hijab ban, is cleverly disguised as neutral, but in practice openly targets a Franco-Muslim community of 5.7 million people. Two months before the French presidential election, French President Emmanuel Macron’s centrist party, La République En Marche!, has a clear interest in satisfying the burgeoning right with anti-immigrant and nationalist legislation.

With the 2024 Paris Olympics on the horizon, there has never been a more crucial time to stand up to the French government and demand the repeal of this amendment. All athletes, professional or otherwise, should be able to train and compete without discrimination of any kind.