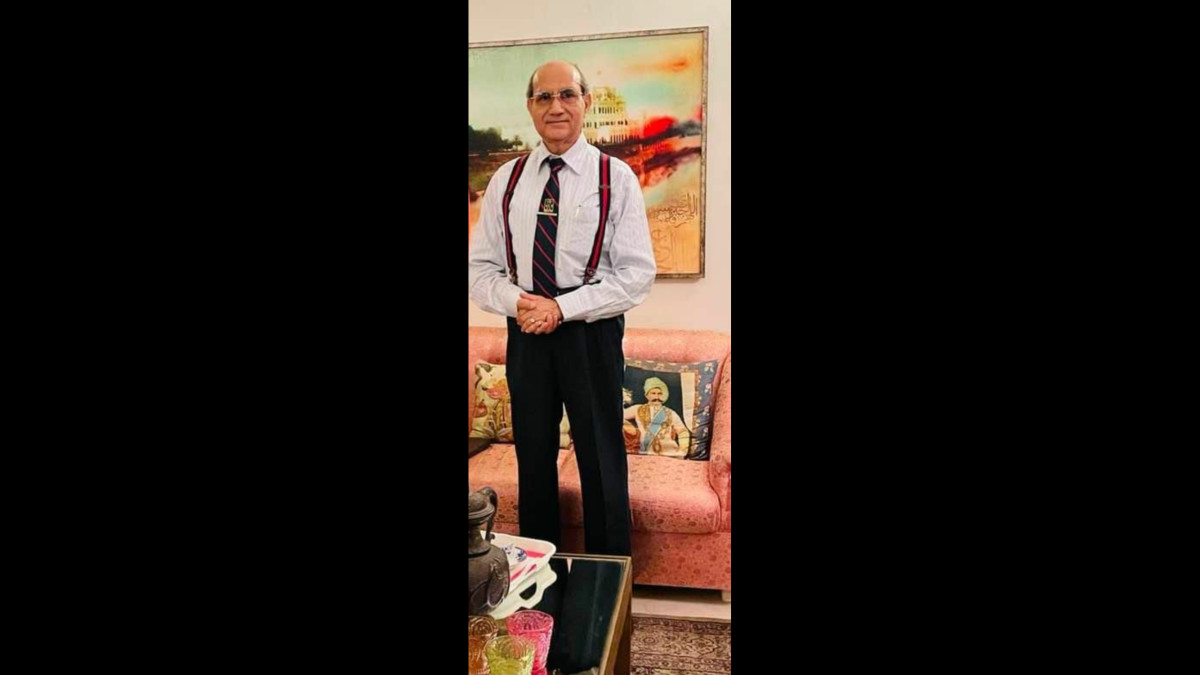 Everyone is equal in Islam, but not in the Muslim community

Anis Ansari has retired as the Additional Chief Secretary of Uttar Pradesh. He is also the president of the organization of former UP congressional officers. A Muslim from Pasmanda, he was an ardent defender of the rights of his community. Edited excerpts from an interview with Ashutosh Bhardwaj of Outlook.


Since the term Pasmanda does not exist in the consciousness of most Muslims, how do you intend to create political momentum around it?

Most poor Muslims do not understand the term Pasmanda, but they have a fair idea that they belong to backward communities or Mandal groups and are discriminated against. A 2017 survey revealed the comparative status of Pasmandas vis-a-vis Ashrafs, OBC Hindus, SC Hindus, ST Hindus and upper caste Hindus. As a result of this investigation, a book, Backward and Dalit Muslims, came out on the social status, education, health, employment of Pasmandas and their representation in governance and politics.

This report found serious discrimination against Ajlafs and Arzals. They even have different cemeteries. OBC and Dalit Muslims are not allowed to bury their dead in Ashraf Cemetery. Kasaiyon ke kabristan alag hain. The majority of respondents said that when an Ajlaf visits an Ashraf’s house, he is given different utensils. Certainly, all Muslims read the namaz together and OBC Muslims are imams, but other social exchanges are rare. Not to mention Dalit Muslims, even OBC Muslims are not represented in major Muslim institutions like the All India Muslim Personal Law Board and the All India Milli Council.

Marriages between Ashraf and Ajlaf are rare. Strangely, the Ashraf even found its justification. The Prophet once said that marriages should be between equals. It has been interpreted to the extent that in 1913 Maulana Ashraf Ali Thanvi made a list of valid marriages that can be performed between equal biradaris. He legitimized the hierarchy. Everyone is equal in Islam, but not in the Muslim community. Those who were converted from Hindus continued with their caste system.

Muslims also have a graduated inequality. The Ansari are among the most educated, politically well-organized OBCs. They also do not marry outside the Ansari. Their struggle and mobilization began in the 1930s, when Maulana Asim Bihari and Abdul Quaiyum Ansari launched the Momin movement for backward Muslims. They formed their political party and won 5-6 seats in Bihar. Ansaris and Qureshis have grown politically powerful over the decades, but they still have little upward social mobility. They have no marriages with Ashrafs.

The Ashraf seriously damaged the backward Muslims. Syed Ahmad Khan was a British partisan and wrote a book Asbabe Bagawat Hind (Causes of Indian Mutiny) in 1857, and sent its English translation to British leaders. He wrote that a major reason for the mutiny was that the “badjaat julaahe (illegitimate weavers)” were prominent. He tried to tell the British that the Ashraf were with them. Ashrafiya Muslims led to the creation of Pakistan. The Momin movement was aligned with Congress and was against partition. OBC Muslims openly opposed partition and called the Muslim League policy the policy of Ashrafiya. The upper caste Muslims did not want their zamindari and their power to disappear.

The Muslim League even lost Muslim regions like Bengal and Punjab in the 1936 elections, but won in 1946 due to skewed voter eligibility. Since eligibility was ownership of one acre of land and a minimum high school diploma, only 6% of the total number of Muslims were eligible to vote. Based on these 6% of Ashraf like Jinnah and Liyakat Ali Khan, who dominated the Muslim League, the country was divided.

How do you see the Muslim representation in the OBC reserve?

The Muslim OBC reservation percentage is low in UP as well as in the Center. The new side entry system will affect reserved candidates more. During Rajnath Singh’s government in UP, a committee was formed under the leadership of top BJP leader Hukum Singh. He said OBC booking is withdrawn by Yadav, Kurmi, Jat and Lodh. He recommended that there should be provision for economically backward castes. UP has not implemented it so far.

SC Muslims face enormous injustice. In 1950, the Indian government issued an order directing that the benefits of reservation under Section 341 be restricted to Hindus only. It is an unconstitutional provision. The Mandal/OBC classification is not based on religion. Article 15 states that the state shall not discriminate on the basis of religion or caste, but its paragraph 4 adds that the state may make provision for socially and educationally backward communities. Article 16 says the state cannot discriminate in public employment, but its provision 4 says it can make reservations for socially backward communities, which are underrepresented.

Read also | Romance between Pasmandas and BJP will never materialize

Religion is not a constraint in ST or OBC booking. Why is this so in the SC reserve?

After Master Tara Singh initiated a movement, Sikh Dalits were included in the SC category. Later, Buddhists were included among the SCs. Why are Muslim Dalits not considered eligible for booking? Some say that by granting the SC reservation, the Muslim population will increase. But why didn’t it increase with OBC or ST booking?

How do you interpret the latest BJP decision?

I don’t know the intention of the BJP, but I think the way they reached out to the OBC Hindus, they are now trying to reach out to the OBC Muslims. UP has about 70% OBC Muslims, while in India 80-85% of Muslims are OBC. In Bengal, Kerala and Assam, the Muslim OBC ratio is even higher. Mohan Bhagwat once said that the DNA of Indian Muslims is Indian. The Ashrafs trace their lineage to Iran, Turkey and Arabia. They love their land (India), but are proud of their genetic lineage. The Syed consider themselves the children of the Prophet. The BJP knew it would be difficult to bring educated Ashrafiya together. They are now reaching out to OBC Muslims for political gains.

Has the BJP government done anything special for the Pasmandas?

They are not doing anything new by donating houses and toilets. These programs are not religion specific. As Muslims are poorer, there will be more beneficiaries within the community.

The One District One Product program is a good program. It is a religiously neutral program, but it has benefited more Muslims. He promoted Muslim dastakaar/artisans like ansari (weavers), chhipi (printers), mansuri (cotton carders), mochi (shoemakers), darji (tailors), kumhar (potters).

Will the BJP decision create a divide between Pasmandas and Ashrafs?

This division has existed for at least 700 years. The Sachar Committee accepted it. It is exactly the same argument when Ambedkar started saying that the untouchables are not part of the Hindus, some people were saying that he was harming the Hindu community. Some Ashraf leaders have played a major role in the destruction of the Pasmanda movement.

I don’t support the BJP, but this decision will hurt the SP. They still have Muslim support, mainly Muslim OBCs. It would also have a cascading impact across India. OBCs make up about 56% of the total Indian population. Muslims constitute 14% of the total population of the OBC.

Yogi appointed some OBC Muslims. Previously, these positions went to Ashrafs. But if the BJP continues its Hindu-Muslim campaign, it will not win politically.

Understanding Payday Loans – The Basics and Beyond