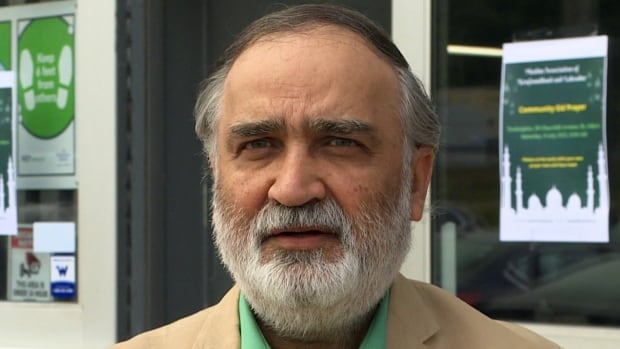 Eid Mubarak: the Muslim community of NL celebrates the feast of sacrifice

Muslims from Newfoundland and Labrador gathered in St. John’s on Saturday to celebrate Eid al-Adha, also known as the Feast of Sacrifice.

The Muslim Association of Newfoundland and Labrador held morning prayer and afternoon activities at the Techniplex Sports Complex near Quidi Vidi Lake.

Association President Syed Pirzada is happy to see the rally continue after a two-year hiatus caused by the COVID-19 pandemic.

“Everyone is happy. Our community comes together,” Pirzada said on Saturday. “A lot of people travel from different parts of the island.”

Along with Eid al-Fitr, which marks the end of the holy month of Ramadan, Eid al-Adha is one of the two biggest Muslim holidays.

It is celebrated to honor the will of the prophet Abraham to sacrifice his son in order to prove his faith in God. It also marks the end of the annual Islamic pilgrimage, called hajj, to Mecca, Saudi Arabia, which is one of the five pillars of Islam.

“Before, it was a big difficulty because people were actually coming from different cities. And some people were going on camels and crossing deserts,” Pirzada said.

“It happens once a year, but for people it’s a once-in-a-lifetime opportunity.… Some people save money throughout their lives to make this pilgrimage.”

For those not making the trip and celebrating at home, Eid al-Adha festivities include prayers, animal sacrifices, food and family visits.

For this year’s Eid al-Adha, Pirzada said, a “huge” assembly was expected. He estimates around 3,000 people attended the celebrations in the province, many of whom were at the Techniplex on Saturday morning to pray.

After an enforced two-year hiatus, Pirzada said, it was important to make the celebration a safe and positive event.

“Being the sole representative of Muslims in Newfoundland and Labrador, it is our duty and our obligation to make such arrangements so that people can perform their rituals in a safe environment,” he said. .

In the afternoon, the Muslim Association offered activities such as bouncy castles for children and food for community members – something that could not have been managed without the help of volunteers. who had spent Friday night decorating the venue, Pirzada said.

“Initially, we used to hold this event in our own mosque, but our community has grown tremendously,” he said, adding that the community is grateful to be able to use the Techniplex complex.

Looking ahead, Pirzada said his association is working to obtain city permits to build its own space for large gatherings and prayers, in addition to the St. John’s Mosque.