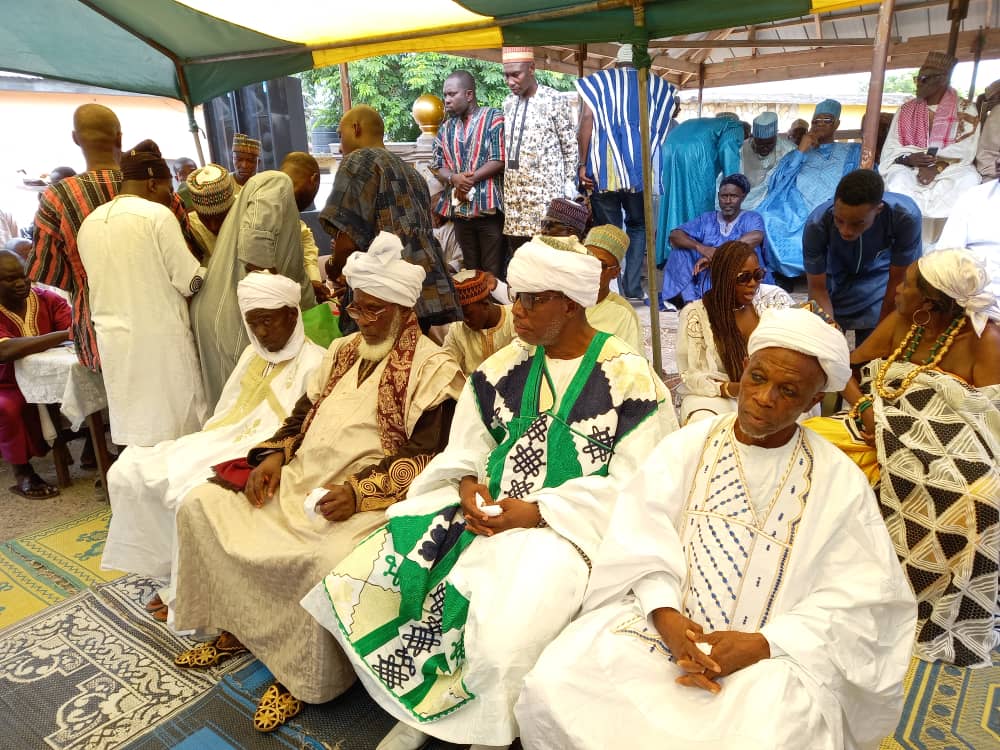 A colorful ceremony was held by Muslims in Efutu Municipality to ordain Alhaji Mohammed Mansur Issah as Chief Imam.

He succeeded his late elder brother, Alhaji Jibril Abubakar Mohammed whose ‘A’dua’ was commemorated amidst prayers and other activities.

The region’s former Grand Imam was indisposed for some time, until his death some 40 days ago.

Alhaji Isaah, a businessman who is a scholar and very knowledgeable in the Quran, acted on behalf of the late Chief Imam while he was ill, so it was considered that he was continuing his duties.

He urged the new Imam to wholeheartedly uphold the position with integrity, sincerity and open-mindedness to enable him to execute his mandate and satisfactorily mentor the entire Muslim community in the region.

Alhaji Ramadan Ahmed, the ambassador to the United Arab Emirates who graced the occasion, advised the entire Muslim community in the region to pay their respects to the chief imam and his deputy, their leader and elders as well as to Efutu Omanhen and all to whom respect was due. receive Allah’s blessing.

He also called on parents to make their children’s education their top priority.

Alhaji Mansur Issah, in an interview with Ghana News Agency after the ceremony, thanked his family members, Alhaji Saragah, his elders and opinion leaders for the honor done to him and assured that he will carry out his duties without fear or favor to ensure development. of all Muslims in and from other regions.

He expressed his gratitude to Neenyi Ghartey VII, Omanhen from Effutu Traditional Area and Traditional Council members, Alhaji Municipal Chief Executive Kassim Zubairu Effutu, Assembly members, Party representatives politicians, heads of departments, imams, friends and supporters of various parties. of the country and many others, who graced the occasion.

He further stated that he will strive, based on the successes of his predecessors, to maintain respect for the Muslim religion in the region and beyond.

He prayed for the protection and blessing of Allah Almighty upon one and all.