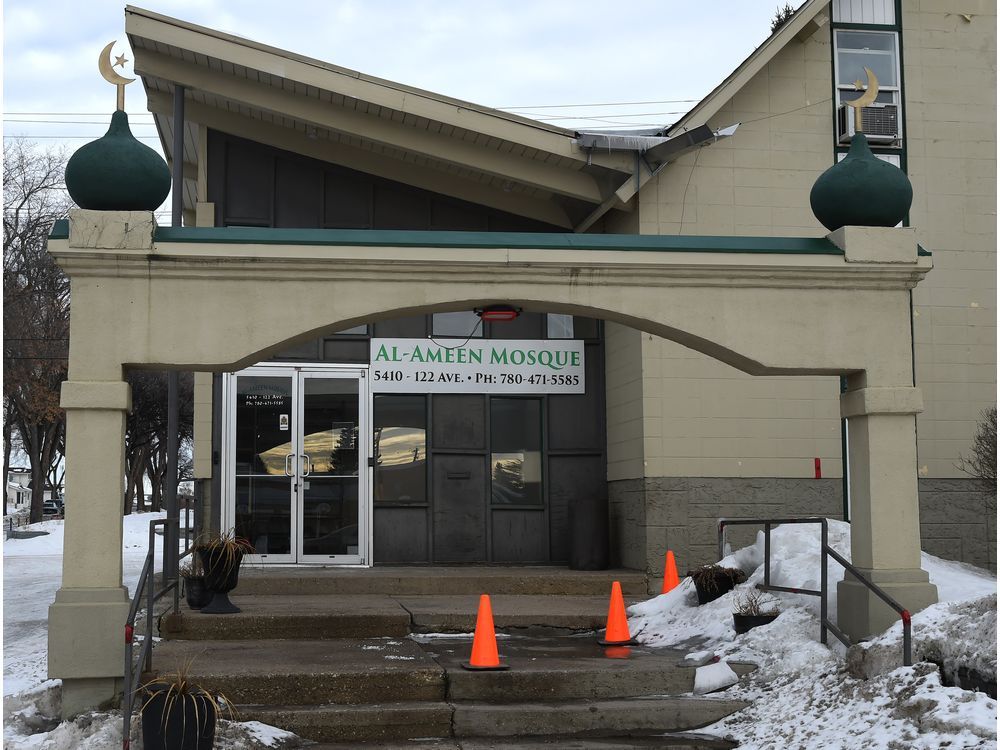 An alleged hate attack on a woman outside an Edmonton mosque has once again sent shivers through the city’s Muslim communities and rekindled discussion about how to respond to the eruption of violence.

On Jan. 1, police arrested a 34-year-old man who allegedly attacked a Somali woman and her children as they waited in their car outside the Al Ameen Mosque in northeast Edmonton, where the children attended a Koran lesson.

The National Council of Canadian Muslims (NCCM), which made public for the first time the January 25 incident, said the man allegedly punched and spat at the vehicle while making Islamophobic threats, then left the mosque and returned with a shovel. Edmonton police say there is evidence the man’s actions were motivated by hate.

The defendant – who, according to court documents, lives a block from the mosque – has been charged with mischief and uttering threats and is due in court on Monday.

Somali community member Habiba Mohamud met the woman and her family on Friday. She said the woman’s four daughters, aged 4 to 12, were present at the time of the incident.

“They’re kids, and they might forget temporarily, but it’s something they’ll internalize for life and live with forever,” said Mohamud, a former federal candidate in Edmonton Griesbach. “It’s sad. What I’ve heard is so disturbing.

Black and Muslim women most affected

Since December 8, 2020, when a man was charged with assaulting a Muslim mother and daughter outside Southgate Centre, Edmonton area police have responded to at least nine attacks allegedly motivated by hatred, the majority against Muslim women who wear the hijab or other forms of head covering.

Most of the assaults took place in public spaces, including transit stations and parking lots. The January 1 incident is the first alleged attack to occur at a mosque.

During a roundtable with Postmedia on Saturday, Somali community leaders in Edmonton expressed frustration with the perceived lack of urgency around the issue from politicians and the public.

“Why is it OK for our children, our sisters, to be attacked in the street?” asks Mana Ali, a social worker. “The community is silent. I know Edmontonians are great people, they’re caring, they’re coming together. But on this question, why are they silent?

Leaders also expressed concerns about the police response to the Jan. 1 case — reportedly 30 minutes after the woman called 911 — and the late release of information to the public.

They urged policymakers to understand the attacks not strictly as incidents of Islamophobia, but of anti-black violence. Sharif Haji, executive director of the Edmonton Africa Centre, said he was aware of about 16 attacks on Muslim women since December 2020, some of which were not reported to police or did not result in charges.

Of these, he said about a dozen involved black women, mostly from the Somali community. The prevalence of black women among victims of alleged Islamophobia “isn’t something we’ve seen in other jurisdictions,” he said.

“It’s not normal, in terms of how these attacks play out,” added Dunia Nur, president of the African Canadian Civic Engagement Council, which provides victim services, including court escorts. “The target demographic is black Muslim women. Generally, they are visible Muslim women. Age is not a factor, and whether or not they have children is not.

“This is serious, and if our government doesn’t take this seriously, very soon someone is going to die.”

Of the hate-motivated attacks that have come to the attention of police since December 2020, eight have resulted in charges being laid. None of the six defendants have been charged with hate crimes. Police instead described each attack as “motivated by hate”, which, if proven, can result in longer sentences under section 718.2 of the Criminal Code.

Three defendants went through the court system. All three were homeless and of Indigenous ancestry – leading some to call for the issue to be addressed as part of a housing, addictions and mental health issue. Courts have found hatred to be a factor in only one of the cases – that of Shane Edward Tremblay, who was convicted of assaulting three Muslim women twice while suffering from drug-induced psychosis.

Jibril Ibrahim, president of the Somali Canadian Cultural Society in Edmonton, said the attacks are a sad chapter for a community that fled war and then faced a wave of killings among young Somali men.

He said solutions must come from policy makers and the community.

On the first point, he encouraged the police to create specialized units to respond to reports of hate-motivated violence, rather than sending out overworked patrol officers.

On the latter, he said the community is exploring a 1-800 number to connect those affected by hate-motivated violence with services. Ibrahim also mentioned the creation of a local database of hate-motivated incidents.

A group created in response to the attacks, Sisters’ Dialogue, organizes a safe walking service with the Edmonton Federation of Community Leagues. Aisha Ali, director of the group, said the program is set to launch this spring and will give women who feel under siege the chance to walk freely in their communities.

The group also offers treatment packages for women victims of anti-Muslim hatred, as well as free sessions with therapists experienced in working with Muslim women.

For Ali, the Al Ameen incident is particularly disturbing.

“I’m also a black Muslim sister, and I have a child, and that makes you fear for your safety,” she said. “It could have been anyone who looked like him.”

Sign up to receive daily news from the Edmonton Journal, a division of Postmedia Network Inc.

Thank you for your registration!

A welcome email is on its way. If you don’t see it, please check your spam folder.

The next issue of Edmonton Journal Headline News will soon be in your inbox.

We encountered a problem during your registration. Try Again

US, Russia clash over Ukraine in UN Security Council debate