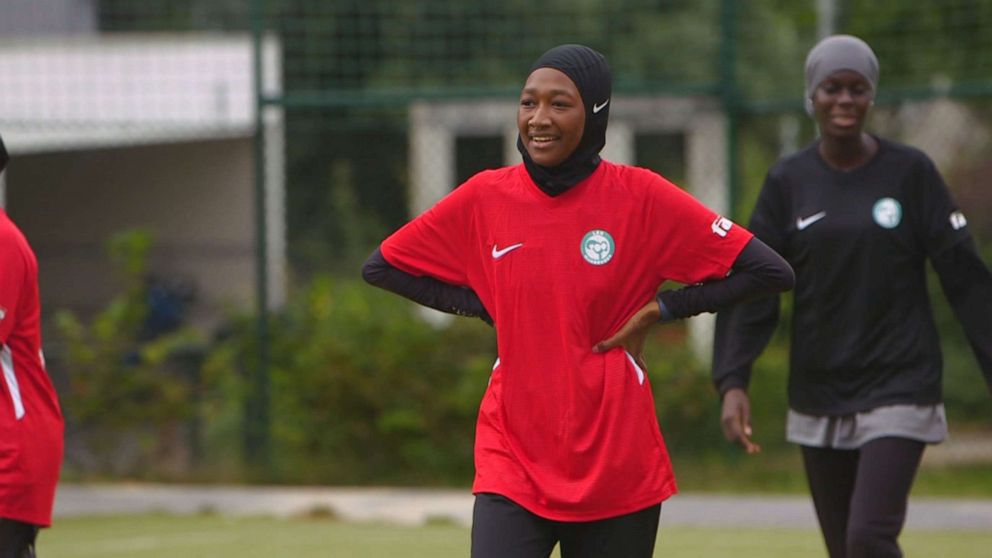 “Do not touch my hijab”: French Muslims protest against ban on religious clothing in football

Hawa DoucourÃ© and her Les Hijabeuses soccer teammates have a simple message to convey while playing the game they love: â€œHands off my hijab.

This is a message they hope received not only by the French Football Federation, but also by the government of the country.

Les Hijabeuses, a collective of French footballers, have spent the last year fighting to be included in official competitions. While FIFA, the world’s soccer governing body, has allowed the Muslim veil on the pitch since 2014, the French Football Federation continues to ban it in club and international matches, telling ABC News it â€œPromotes and defends the values â€‹â€‹of secularism, living together, neutrality and the fight against all forms of discrimination.

Calls for a change in players are part of a larger movement against the country’s ban on religious symbols and clothing, including niqabs and burqas. The latest controversy concerns an amendment proposed earlier this year that prohibits minors from wearing the hijab in public.

France currently prohibits officials and students from wearing religious symbols, except in universities. Proposals that were also discussed included banning Muslim mothers from wearing the hijab on school trips and Muslim women wearing burkinis or full swimsuits. They were ultimately removed from the bill in one of the legislative rounds.

â€œThere was a time when the French would hold unveiling ceremonies and you had a group of French women surrounding a Muslim woman wearing a headscarf celebrating the fact that she was taking off her headscarf, usually by force, to say, ‘Now you are the welcome to our company, â€said Alouane.

The French government said it passed these laws in the name of security and secularism, and that the law strengthened its ability to adhere to principles of neutrality in government institutions. However, critics of the law argue that it will further fuel racism and discrimination in France, which is home to the largest population of Muslims in Western Europe. The country has seen an alarming rise in Islamophobia in recent years, in part due to a wave of terrorist attacks by Islamic extremists and the subsequent strengthening of far-right politics.

DoucourÃ© and her teammates are part of a movement of female athletes around the world challenging patriarchal norms to dress a certain way during competition.

The German women’s gymnastics team had complied with the existing rules of the International Gymnastics Federation and therefore suffered no consequences. The Norwegian women’s beach handball team were, however, fined 1,500 euros (around $ 1,700) by the EURO 2021 beach handball disciplinary committee for “inappropriate clothing”, according to a statement from the European Handball Federation. Singer Pink then offered to pay the fine for the team.

Bilqis Abdul-Qaadir, a former Division I college basketball player, said that when it came to deciding between wearing Muslim clothes or continuing to play basketball, she chose her faith. She continued to advocate for Muslim women in sport, and in 2017 her efforts paid off when the International Basketball Federation changed its rules to allow headgear – while noting that there was no had no health safety issues doing so.

Now, she says that not only are Muslim women allowed to wear headgear, “Jewish men can wear kippahs, and Sikh men who wear turbans can all participate.” So this rule change was important for the greater good.

It’s a struggle which Abdul-Qaadir says has been a “difficult” part of his “journey” in his athletic career. DoucourÃ© said times have changed for Muslim women.

â€œToday, women are visible,â€ said DoucourÃ©. “We’re not like the kind of hijabi they think we are. They get the idea of â€‹â€‹the hijabi struggling around the house, cleaning the house, having no life. When they see young people. women wear it – play sports, educated – they don’t want to see it because it contradicts their view of the hijab. “