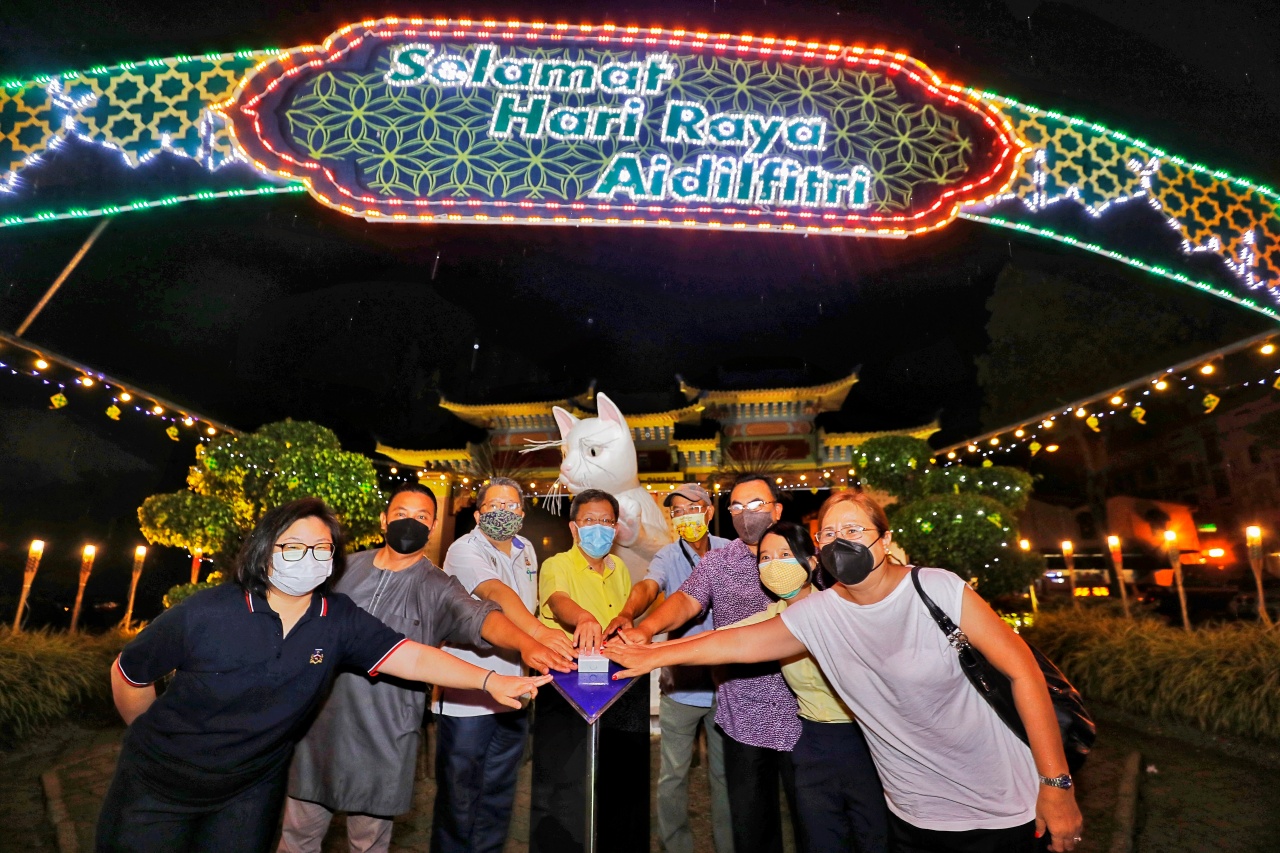 Wee (from third from left), Dr Sim, Hilmy (third from right) and other councilors pose for a photo during tonight’s illumination ceremony at the White Cat Statue in conjunction with the next Hari Raya Aidilfitri festival. – Photo by Chimon Upon

The Minister of Public Health, Housing and Local Government added that the state government will no doubt slowly and safely relax standard operating procedures (SOPs) in the endemic phase of Covid-19, including the removal of face mask mandate in open areas.

“I am very happy for this upcoming Hari Raya festival because after two years we can finally come together again to celebrate and indulge in warm Sarawakian hospitality,” he said after a simple illumination ceremony of the iconic “White Cat” statue. at Padungan roundabout on Tuesday evening.

Dr Sim also praised Sarawakians for scrupulously adhering to the SOPs set by the authorities over the past two years, with success resulting in the state having one of the highest vaccination rates as well as the number of deaths. of Covid-19 the lowest in the country.

On another note, Dr. Sim also hopes that a cat design contest can be held in conjunction with the upcoming Kuching Festival and will have a signature cat statue design associated with the people of Kuching.

“I also want to see some cat statues erected along the boulevard leading to the entrance of the Kuching South City Council (MBKS) headquarters and it can serve as another scenic spot for taking photos,” he said. declared.

“I’m very proud to be the Mayor of MBKS because not only do we live in a multi-racial community, but our iconic white cat statue in Padungan here also ‘celebrates’ various festivals,” Wee said.

Deputy Mayor of South Kuching, Hilmy Othman, said an announcement on further relaxation of SOPs would be made soon and he urged the Muslim community to always observe the highest standards of sanitary practices.