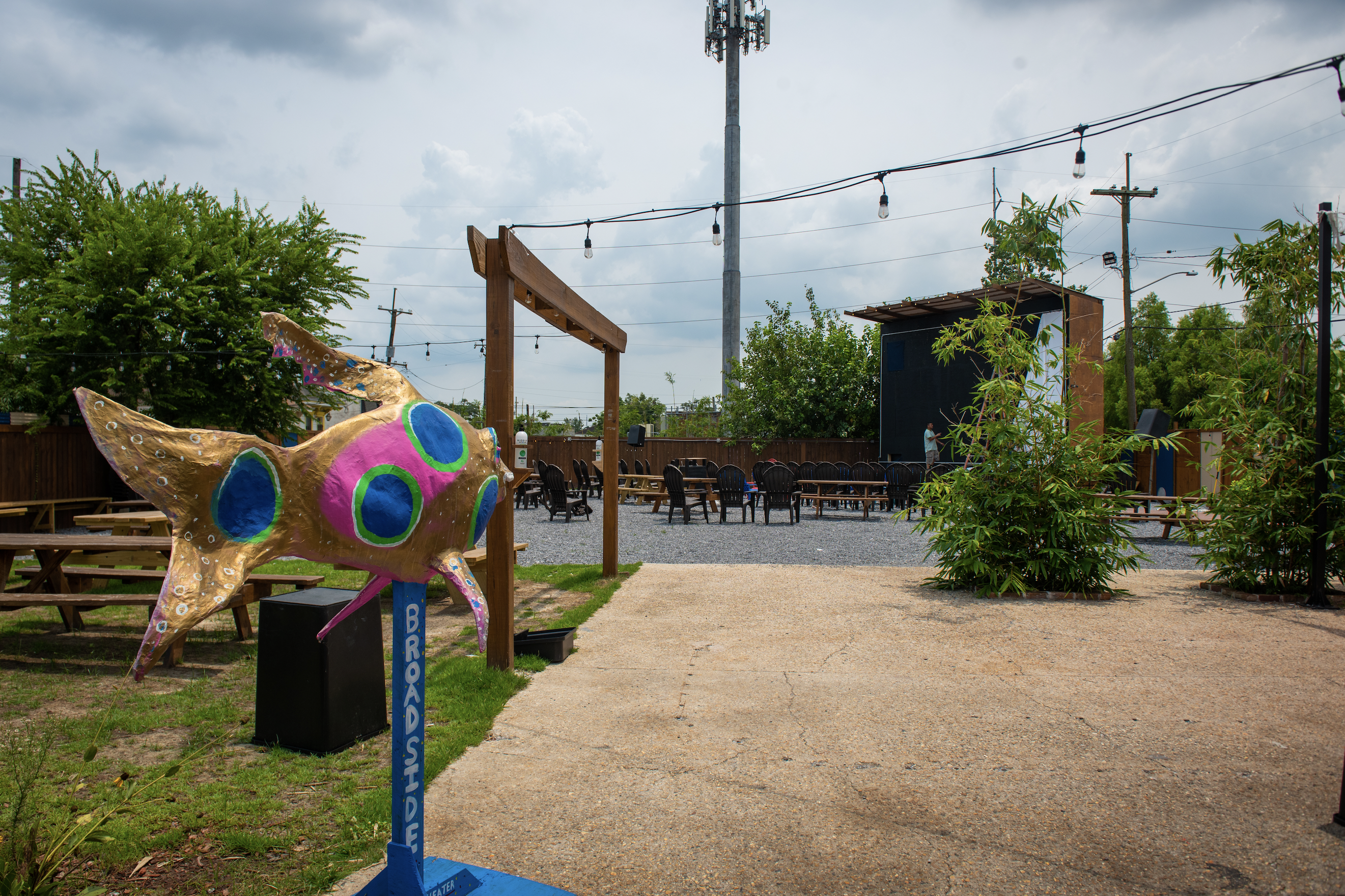 After more than a year of inaction, the New Orleans City Council voted Thursday to move forward on recommendations from the planning commission to allow businesses to hold outdoor entertainment and ensure outdoor venues can continue to operate after the temporary pandemic rules expire.

“There has been so much work and discussion going on on this topic, and it’s exciting to move things forward,” Councilor Helena Moreno said. “As we all know, music and performance is just an important part of the soul and culture of New Orleans. And we really need to do whatever it takes to support our musicians.

The council’s vote is a sigh of relief for the city’s musicians and venues, which have been in limbo since 2019, when Mayor LaToya Cantrell’s administration suddenly changed its interpretation of the city’s zoning laws to ban regular outdoor entertainment in any business apart from a few exceptions in the French Quarter.

Shortly after The Lens reported on the change, the city council directed the planning commission to recommend revisions to the law. In January 2021, the commission approved recommendations from a staff report on how to reverse the administration’s decision and allow businesses to once again host live outdoor music.

But at the behest of the Cantrell administration, the council never acted. That’s until Thursday, when the council finally voted to start the process of adopting some of those recommendations to allow companies to host outdoor entertainment and give more official permission to ‘spiritual’ entertainment. and “accessories” as the second lines.

There is still a long way to go. The CPC will now hold a public hearing on the proposed changes and then draft a full proposal for the necessary zoning changes, which will need to be approved again by council. And that process would only put in place interim rules as the city works on permanent rules to accompany a revamped noise ordinance.

Despite the work ahead, many were happy to see progress.

“A big thank you for getting things done,” Ethan Ellestad, executive director of the Music and Culture Coalition of New Orleans, said Thursday. “It’s been really frustrating to have this break for the past year with no movement forward, knowing the need, knowing that these places were creating economic benefits, sometimes a lifeline and a safe place to play for the musicians.”

During the coronavirus pandemic, the city lifted the cap on special event permits to encourage outdoor socializing and allow outdoor venues to operate full-time. But the administration has made it clear that the measure is temporary and the cap will be reinstated once the pandemic passes.

This has created an agonizing situation for venues that have changed their business models during the pandemic to focus on live entertainment, such as The Broadside and Zony Mash Brewery. Finally, however, the council is moving forward to create rules that will allow these businesses to continue to operate.

But not everyone who spoke at Thursday’s meeting was enthusiastic. A minority of commentators expressed concerns about the impacts on residential neighborhoods, since the city has effectively ceased enforcement of its current noise ordinance.

Erin Holmes, executive director of Owners, Residents and Associates of Le Vieux Carré, said the city should strive to strike a balance between promoting outdoor music and maintaining residents’ quality of life.

“As we have seen over the past two years, outdoor music is a necessity for our communities,” she said. “We of course have concerns about some of the specific study recommendations, issues such as frequency and proximity to homes. But we know it’s a process and we look forward to it.

The debate hints at what is likely to be a controversial road, as the city begins to tackle a thorny issue that officials have avoided for years.

“We think we have made a decision”

People have been debating New Orleans rules regarding public music for decades. This came to a head again in 2019 when the Department of Safety and Permits changed its interpretation of the city’s zoning laws to prohibit businesses from regularly hosting outdoor performances.

The Department of Permit Security did not make an announcement when it changed its interpretation of the closed doors and windows requirement. And the interpretation does not appear on a list of safety and permit interpretations listed on the city’s website.

Zachary Smith, then head of the department, told The Lens at the time that interpretations can be less formal, including emails and even verbal communications. When The Lens asked him to indicate where and when this interpretation was introduced, he could not.

“We believe we have made a decision. Whether it’s verbal or written, it’s something we don’t have a specific copy of,” he said.

In a 2019 report, the Planning Commission wrote that the department’s interpretation did not appear to conform to the original intent of the law and that the closed doors and windows rule “was intended to apply only to interior performance.

Yet, this is how the city has interpreted it since 2019.

In January 2020, a few months after The Lens reported on the new interpretation, the city council asked the planning commission to study the matter and recommend changes to the law. This report was released a year later in January 2021.

The report proposed a two-phase approach. The first phase is meant to be temporary and more or less prolong the administration’s pandemic decision to lift the cap on special event permits. The rules would allow businesses to hold live outdoor performances two to three times a week with a single annual permit. Phase 1 would also make changes to several zoning categories to clarify that even without special event permits, outdoor entertainment is permitted under certain circumstances, despite the closed windows and doors rule.

The council vote on Thursday directs the Planning Commission to move forward with these phase one plans.

Phase two of the plan would be much more difficult and was not part of Thursday’s vote. The report says permanent outdoor entertainment rules cannot be written until the city revamps its noise ordinance, which was written in the 1960s and has become so outdated that the city has completely stopped applying it.

But the noise ordinance is not a zoning law, which means it is not administered by the Planning Commission. That means the city’s health department and city council will have to work to rewrite that ordinance. Only then can the CPC begin to write permanent rules about where and when live outdoor music is allowed.

Are installment loans and payday loans the same thing? –