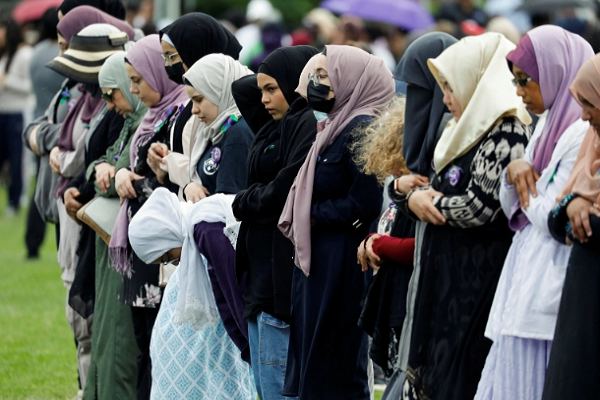 TEHRAN (IQNA) – As Muslims in Canada commemorate the one-year anniversary of a deadly attack on a Muslim family that authorities say was motivated by hatred, community leaders are renewing their calls to tackle Islamophobia.

More than 150 delegates are meeting parliamentarians in the capital, Ottawa, on Monday to demand concrete action to tackle Islamophobia and hate crimes, said Fatema Abdalla, spokeswoman for the advocacy group National Council of Canadian Muslims (NCCM). ).

A march against Islamophobia will also take place on Monday evening, the NCCM said in a statement.

“Muslim communities are still reeling from this incident,” Abdalla told Al Jazeera in a phone interview about the deadly attack in London, Ontario on June 6 last year.

“This brutal attack forever changed the relationship that the Muslim community has with Canada. Muslims are afraid to cross the street; they are afraid to gather in the masjids [mosques] without having to look over their shoulder.

Salman Afzaal, 46, his 44-year-old wife Madiha Salman, their 15-year-old daughter Yumna and his 74-year-old grandmother Talat Afzaal were killed when a driver ran them over with a van while they were out for a walk. The couple’s nine-year-old son, Fayez, was seriously injured.

The police chief said at the time that the victims were “targeted because of their Islamic faith”.

The attack renewed grief and trauma for members of the Muslim community across Canada, many of whom were still reeling from a deadly 2017 assault on a Quebec mosque that left six people dead and more fatal stabbing at another Toronto mosque in 2020.

For years, Muslim community leaders have called on authorities to address racism, hate-motivated violence and the prevalence of far-right groups in Canada.

Researchers in 2020 found that the number of hate groups operating in the country had tripled in recent years, with anti-Muslim rhetoric being one of the “most salient” topics among right-wing extremists online.

On Sunday, Trudeau and other government officials attended a march in London to remember the Afzaal family and unite against hate.

“This afternoon in London, thousands showed up to honor the Afzaal family; to be there for Fayez, who survived; and to march against Islamophobia. In memory of #OurLondonFamily, we must continue to work together and use every tool at our disposal to combat this hatred,” Trudeau wrote on Twitter.

The group also urged Canadian provinces to ensure their anti-racism directorates have sufficient resources and called on municipalities to fund community efforts to address the issue.

NCCM’s Abdalla said that while some positive steps have been taken over the past year – including the reintroduction of legislation that would allow civilian oversight of the Canada Border Services Agency (CBSA) – additional measures are necessary.

“We believe it starts at the top. We need to see change and we need to see it now, and one of the main ways to do that is to educate our Canadian society about the real damage caused by Islamophobia,” she told Al Jazeera.

Schapiro: A payday loan battle that started in Virginia with a whimper, ended with a bang | Columnists