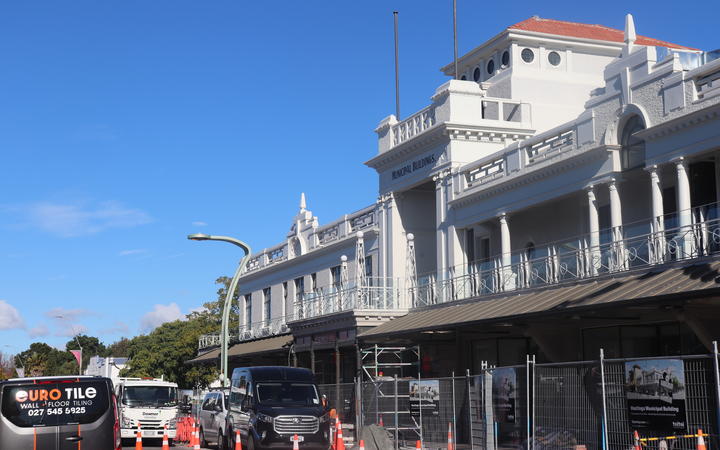 Can Hastings become a destination for arts and culture? His council hopes so

Hastings is getting a makeover – the town known as the birthplace of the Mongrel Mob is repositioning itself as a mecca for arts and culture.

There are millions of dollars of investment all over the neighborhood and new developments are soon to open in the city center.

Heretaunga St East becoming the cornerstone of the town with multiple bars, restaurants, a specialist chocolate shop and a French bakery among others.

Local bar The Common Room is here and celebrated its ninth year over the weekend.

It’s an alternative-style craft pub, billing itself as ‘the cutest little bar in Hastings’.

Owner Gerard Barron said in its early days there was a sex shop across the road, a labor and income office and closed shops.

“It was pretty dark, Hastings like a lot of provincial towns cross the country through Rogernomics and everything, the freezing works were closed in Whakatu, it was a rough time, and obviously we have the Mongrel Mob here – and it was a bit of a ghost town – there were a lot of tumbleweeds.”

His bar was the first boutique, specialty style in this space.

“It was a lonely few years, sitting by myself and a lot of people saying I was crazy – a lot of established bar owners in Havelock [North]they admitted to me later that they gave me six months.”

Jill Laird of the Coco and Co gift shop agreed, saying the area had changed significantly.

“The whole street environment has changed, the people on the street have changed – for the better – so much nicer.”

Yet the constant road works, due to the developments, had not been good for business.

Across the road at wine bar Decibel, Paul Sanders called roadworks a short-term pain for a long-term gain.

“So it was quite uncomfortable, obviously it affected our traffic,” he said.

“It seems to have calmed down at least immediately – there’s still some road work going on up higher.”

He was looking at the next block, where half the street was blocked off as the council renovated old municipal buildings.

This is a huge multi-million dollar project – Toitoi – which aims to revitalize the arts and culture of Hastings.

The opera house next door has finished and the municipal buildings are a few weeks away from opening. There will be a brand new i-Site, specialty shops and a huge upstairs ballroom.

The Municipal Chamber Ballroom, which is expected to open in mid-winter
Photo: RNZ / Tom Kitchin

The development is led by Hastings District Council.

Its managing director, Nigel Bickle, said the project was slow to come because the area was closed for earthquake reinforcement.

“It will have been an eight year journey and a $40 million investment to bring that back – but as a space that is fundamentally for the community, but also as a place, for Hastings, we are trying to position ourselves as a true destination for arts and culture.”

He said road closures were never welcome, but the council had tried to be transparent.

“It’s disruptive, and I think you have to try to be upfront in the business world saying ‘this is why we’re doing it, how can we do it in a way that minimizes disruption? “

The official reopening of municipal buildings is scheduled for August.

There are over 40 commercial and industrial developments in the Hastings district – including a new $100 million automated packing station for Turners and Growers Orchards – one of the biggest, if not the biggest in the southern hemisphere, and the second largest wind farm in New Zealand.

As for Hastings’ appeal, Gerard Barron put it in blunt terms.

“I think there’s a certain working-class honesty here. I think Napier is our pin-up for tourism and all, but there’s only a limited number of Art Deco buildings that I can take care of me.”

“We’re All Connected”: How the PEI Muslim Community has diversified every year