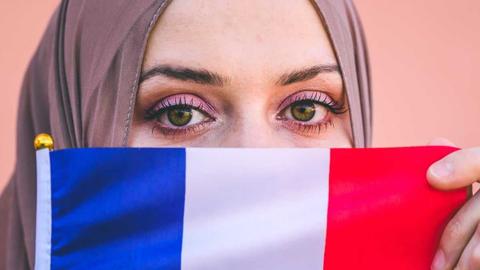 Can the state-backed and hand-picked Muslim representatives win the trust and legitimacy of the country’s Muslim population? The French government hopes so.

French government announcement in a few days, he would seek to dissolve the French Council of Muslim Cult (CFCM), supported by the state, created almost 20 years ago.

Founded in 2003 by Nicolas Sarkozy, then French Minister of the Interior, the CFCM, since its creation, has been a controversial body without legal status but acts as an intermediary between the French state and its Muslim population.

Now the government of President Emmanuel Macron is calling for its dissolution as it claims the body has been “completely paralyzed” and unable to make the government’s call.

This accused the body to pose in front of cameras to remind people that Islam was “a religion of peace and love” instead of talking about government talking points on Islam, including alleged radicalization and extremism .

The new body by which the government intends to replace the CFCM will be called the “forum of Islam in France”.

Macron’s right-wing Interior Minister Gerald Darmanin wants the new body not to be influenced by foreign governments and shows an active commitment to the state ideology of secularism.

Rayan Freschi, a lawyer in France and researcher at the British human rights organization CAGE, says that the French state wants to enjoy a monopoly of influence over its Muslim citizens.

“They are trying to establish a community whose leaders are fully subject to the ideology of the state,” Freschi said addressing TRT World.

The state wants to ensure that there is “no political dissent inspired by faith,” Freschi adds.

The attempt to replace the CFCM with the new organ is recognition that the first attempt was “indeed a failure and it is a second blow”, explains Freschi, the difference this time around, he adds. is that “it is much more organized”.

Unlike their counterparts among other faiths in France, a test will be applied to French Muslim rulers under the new regime.

They will have to promise to have little contact with their country of origin and to avoid any links with transnational religious movements.

A similar test, for example, has not been applied to the Catholic Church and its relationship with Vatican City.

Likewise, no pressure was exerted on the Catholic Church in the country as a result of revelations that over 3,000 priests and lay church workers had abused over 300,000 children; and that the state would step in and verify who it considered acceptable to lead church congregations.

Following the creation of the “forum of Islam in France”, says Freschi, it will be “extremely difficult for a mosque in France not to join the new structure”.

“The very hard pressure that the state exerts on those who refuse to join” will mean that, unlike the CFCM, the state will exercise its power over people who believe that the French state should not interfere in the affairs of the Muslim community.

In recent years, Macron’s party has gradually strengthened his government’s anti-Muslim policies, including the closure of Muslim schools, mosques, Islamic charities, organizations monitoring Islamophobia, publishing houses and even pressuring mosques to sign a charter banning speaking about the discrimination and racism the community faces.

D’Imzalene believes that when the French government’s policies against the Muslim community are taken as a whole, it amounts to an attempt to reduce the influence of Islam among its practitioners.

Macron’s approach to Muslims, says d’Imzalene, represents “proof” that French secularism is once again “reconnected with its colonial disposition” to “watch over us, our customs and beliefs and control our religion and its believers “.

“Islamophobia and Stereotypes” The challenges facing the Muslim community…