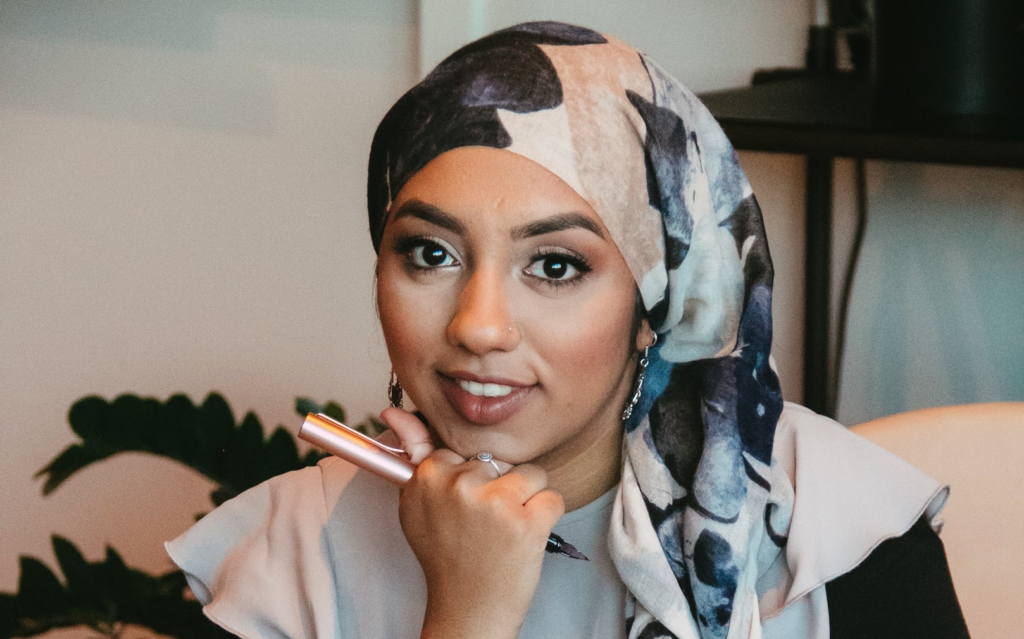 As a Muslim woman, I believe that choosing to wear the hijab is not a symbol of oppression – people are.

Two months before my sixteenth birthday, I made a decision that changed my life. For eight months, I wondered if I wanted to take this step, if I was ready to commit myself for life. In the end, I decided to silence the noise of the world around me and follow my instincts. June 2, 2012 was my first day as a hijabi.

“Hijabi” is a Westernized term for a woman who wears a headscarf, or “hijab,” in accordance with Islamic guidelines. Growing up, I had worn a hijab in some religious settings. As a child, I attended an Islamic primary school for a few years where the hijab was part of our uniform. I also wore a hijab when praying or entering a mosque. I knew it was a sign of my respect for God and our place of worship in these situations. However, I didn’t learn the true purpose of the hijab until my second year of high school.

My aunt had been taking a women’s Islam class at our local mosque for a few months, and one day asked me to come with her. There I met Sister Hamida Khan for the first time. Sister Hamida, as her students called her, was a conscientious teacher, an engaging speaker and a fun storyteller. Looking for a way to connect more deeply with my faith, I decided to start going to his class regularly. Sister Hamida covered many topics related to women’s lives, from the proper way to perform salaah, or prayer, to the do’s and don’ts of marital intimacy in Islam. She always made sure that her teachings were backed up by the Quran or hadith (narrated accounts of the words and actions of the Prophet Muhammad).

A few months after joining her class, she held a hijab-themed session. She explained that the hijab was more than a matter of modesty. It was a tool to encourage others to appreciate you for your inner qualities, skills, and talents rather than your outward appearance. My hair had been a defining feature of my identity. I’ve heard stories from almost everyone who knew me as a baby about the thick, jet-black hair I was born with. What would I discover about myself if I diverted attention from my hairI was wondering.

When I finally started wearing the hijab full time, it didn’t take long to realize the positive effects it had on me. Shortly after, my aunt sent me a popular blog from the Islamic community. “You should start your own blog,” she wrote in her email. I thought she meant that I should start a series of blogs on the website she linked to. Ever since I put on the hijab, many complex feelings have swirled inside me, struggling to find a way to express themselves. My aunt’s message inspired me.

So at 11 p.m. I opened my laptop and started writing. Within an hour I had a full essay on my journey to hijab. I sent it to the site without proofreading it. At that age, I didn’t know anything about publishers and I certainly didn’t think my writing was good enough to be published anywhere. I forgot all about the essay, until I received an email two weeks later from the blog editors. They said they found it moving and wanted to post it.

This essay launched my career as a published writer, which has now spanned ten years, at the age of sixteen. I was offered my first paid writing gig a week later. It became apparent that I had a deep passion for writing and had a unique opportunity that most people at that age missed. At a time when there wasn’t much authentic representation of Muslim girls or women, I was given a platform to share my voice.

There were other benefits of hijab that I didn’t notice at the time but understood later. As a teenager, I rarely struggled with negative body image. I was very skinny in elementary and middle school, but my body evolved into a fuller figure in high school. I had new curves and my thighs were thicker than they had ever been. However, I can’t remember a phase in my life where I didn’t love my body. I believe that I was able to avoid this pitfall because the concept of the hijab changed my state of mind. It distracted me from my appearance and other people’s opinions of my body. Instead, it boosted my confidence from within, taught me self-love, and brought new strengths to the fore.

And yet, much of Western society sees the hijab as a form of female oppression. I recognize and recognize that there are women in the world who can be forced to wear hijab by those in power in their country, village or household. Members of these communities oppress women, but their motivations are cultural, political or social. There is nothing Islamic in any kind of oppression.

Women’s rights have always been an important topic in my Islamic upbringing. “Heaven is at your mother’s feet” is one of the first religious concepts taught to most young children. Religious speakers often emphasize the high status of women in Islam, especially Mary, the mother of Jesus. I have always been taught that in Islam it is a woman’s right to choose to wear the hijab for herself. I learned that marriages can be arranged but never forced on a woman. A marriage ceremony conducted without the consent of both parties is considered invalid in Islam.

A woman’s wealth, acquired before or after marriage, belongs to her and she has no obligation to contribute to family expenses from her own savings. A bride also receives a dowry, which must be agreed upon by the bride and groom, called mahr. It helps a woman establish her own financial assets and independence. Even in case of divorce, she does not have to return the dowry to her husband. As I continue to deepen my understanding of Islam, I am discovering more and more religious guidance that protects women and their rights.

Reflecting on my journey with the hijab, I realize how privileged I was. When I went back to school at the end of that summer in 2012, no one treated me differently. I’m sure it was an adjustment to have someone so boldly declare their faith in a visible way. There were a few double takes as I walked down the main hallway that day, but it just took people a second to recognize it was me – the same girl they’d been going to school with for five years, not a new student.

However, Muslim women around the world constantly struggle against unjust laws that prevent them from wearing the attire of their choice, be it the hijab, face veil or modest swimwear. According to CNN, the French government banned the hijab in all public schools, colleges and high schools in 2004. Last year, they banned the wearing of the religious veil in public places. And in January, the French Senate proposed a law that could ban women from wearing the hijab in competitive sports. France is just one of many other European countries – including Germany, Belgium, the Netherlands and Denmark – to ban Muslim religious dress in one form or another.

Even in Eastern countries, women wearing the hijab are the target of anti-Muslim sentiment. In March, an Indian high court ruled in favor of banning women from wearing the hijab in schools in the state of Karnataka. I have seen videos of college aged girls being harassed on campus by Hindu students. Others show girls crying because they are forced to choose between their education and the practice of their faith. In another video, a teacher is forced to strip in public before entering the school. My heart breaks for women around the world who are truly oppressed by the governments that rule them, women who are not allowed to practice their faith as they wish.

There is a certain notion of female liberation perpetuated by society. The more skin a woman shows, the more she reveals her body, the more she is free. But what I’ve learned from my experience as a Muslim hijabi woman is that true freedom and empowerment comes from the right to choose. When every woman has the right to dress, act and be as she chooses, we will truly be liberated.

Gabrielle Deonath is a Guyanese-American Muslim writer and editor based in New York City. First published at age 16, she has written for outlets including VirtualMosque.com, SISTERS Magazine, Brown Girl Magazine, and Global Citizen. She was also associate editor of Brown Girl Magazine for five years and is one of the editors of the company’s first print anthology, “Untold: Defining Moments of the Uprooted.” Her new book, “Shukr,” is an inspirational journal of prayer and gratitude for Muslim women. Learn more about Gabrielle at bygabrielled.com or follow her on Instagram @bygabrielled.