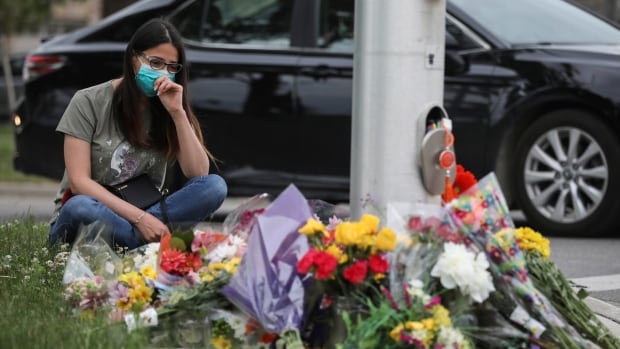 Anti-Muslim hatred ‘normalized’ for too long, many in Muslim community mourning deadly attack on London

As an exhausted Muslim community mourns the tragic loss of a family over what police consider an act of hate, it calls for more concrete action against Islamophobia.

On Sunday June 6, the Afzaal family took an evening stroll through their neighborhood in London, Ontario. As they were waiting to cross the street, a driver of a black truck crashed into them, killing Salman Afzaal, 46, his wife Madiha Salman, 44, his 15-year-old daughter Yumna Afzaal and Salman’s mother, 74. years. Salman and Madiha’s son Fayez, 9, was the only survivor and remains in hospital.

Muslims across Ontario and beyond mourn the anti-Muslim attack, but in the midst of their grief are feelings of exhaustion, fear and uncertainty over what members of the Muslim community see as a lack of concrete action against Islamophobia and other hate-motivated crimes targeting marginalized groups in Canada.

“The time has come for us to have a national conversation on how to break down these barriers, not just Islamophobia, but hatred, racism and anti-Semitism,” said Firaaz Azeez, executive director of the association. Humaniti charity based in Markham.

The London Police Department charged the suspect with four counts of first degree murder and one count of attempted murder. Police said it was a planned, premeditated, hate-motivated act, and the victims were being targeted because of their Islamic faith.

â€œIncidents like this tragically remind us that Islamophobia and xenophobia are real, deadly and persist in Ontario,â€ said Ena Chadha, Chief Commissioner of the Ontario Human Rights Commission.

The murder of a Muslim family in London shocked people across the country, but it also rekindled feelings of fear and frustration within Canada’s Muslim community. Talia Ricci spoke to residents of the GTA about their calls to action. 2:10

‘All too familiar’ Islamophobia

As the third deadly anti-Muslim attack in Canada in four years, the incident rekindled feelings of fear, anger, hopelessness and exhaustion among Muslims in Canada.

â€œThis is a terrorist attack on Canadian soil and must be treated as such,â€ said Mustafa Farooq, CEO of the National Council of Canadian Muslims.

In January 2017, a man killed six worshipers and injured five others at the Islamic Cultural Center in Quebec. In September 2020, Mohamed-Aslim Zafis, a 58-year-old volunteer, was stabbed to death in a mosque in Etobicoke. In March, a woman wearing a hijab was assaulted in Calgary. This attack followed several others in Edmonton in December of last year that were investigated by the police hate crimes unit.

Usman Ali, a volunteer with the International Muslim Organization in Toronto, was a friend of Zafis. He said the London attack brought back a lot of emotion, “but also frustration, frustration with what is happening to our community.”

While Ali hopes the suspect will be prosecuted “to the fullest extent possible,” he says further action is needed.

“I hope that policies and rules are developed to support the community and fight against these types of actions,” he said. “It’s great when communities come together and support each other, but words aren’t the only thing we need anymore, we need action.”

Legal scholar and journalist Azeezah Kanji says there is growing frustration after the London bombing, which she says is “another in a long series of incidents in which people seemingly feel emboldened and justified in killing Muslims “.

She says these attacks are “the product of a much larger context of structural Islamophobia.”

“A gaping wound that must be healed”

Kanji says this is the kind of Islamophobia that is the result of “state-sponsored practices of draconian counterterrorism measures”, citing as examples the surveillance of Muslims, laws like the Zero Tolerance Act for cultural practices. barbarians and the ban on the hijab in Quebec.

“All of this produces an atmosphere in which people think it is okay to think of Muslim life as demonized and devalued.”

Kanji says that she and various other organizations have been asking the government to tackle these issues for years, but that “it takes an overt act of murder against Muslims to even start having a serious conversation about Islamophobia in this country”.

Kanji also noted that following the shooting at the Quebec mosque, it took four years for the federal government to make what she called a “symbolic declaration” of a day of commemoration and action against Islamophobia.

“It’s a bandage for a gaping wound that needs to be healed.”

In a speech in the House of Commons, Prime Minister Justin Trudeau condemned Sunday’s murder, calling it a terrorist attack.

â€œThey have all been targeted because of their Muslim faith,â€ he said. “It is happening here in Canada and it has to stop.”

Trudeau said the country must unite to fight the “ugly and pervasive trend” of anti-Muslim violence.

Azeez, with the nonprofit Humaniti, said community members feel “incredibly discouraged” and that could happen to any of them. “How can we stop this? What are we doing about it beyond words and condolences and prayers?”

Ryerson University associate professor Tariq Amin-Khan said the attacks reflect Canada’s dissonance between how it prides itself on its tolerance and diversity and what happens to marginalized communities on the ground.

“Today it is Muslims, yesterday it was indigenous peoples, regularly it is blacks. We have also had attacks against Jews and Sikhs.”

He noted that there are a number of white supremacist groups in the country and that “little has happened in terms of actions to curb their hateful activities.”

He recommends establishing laws to protect the targeted communities.

“The jewels of our community”

Saboor Khan, a close friend of the Afzaal family, knew them not only from their involvement in the London community, but also from their roots in Pakistan.

â€œThese are the gems of our community,â€ said the visibly distressed Khan. “It’s heartbreaking to see thatâ€¦ this is still happening in Canada.”

This is not the first time Canada has reckoned with anti-Muslim hatred in recent years, but after an attack in London, Ont., Islamic activists and leaders are calling for governments to take more action to denounce the Islamophobia. 2:03

Khan’s sister, wife and mother all wear hijabs and therefore he says he genuinely fears for their safety and that of other Muslims after the attack.

“It’s a very uncomfortable situation, it’s not the same anymore.”

He says he saw no practical solution from any level of government, and noted that despite the fact that the shooting in the Quebec mosque is considered a terrorist attack, the author has not been charged. of terrorism.

In addition, shortly after the shooting, Quebec introduced a bill to ban religious symbols, including the hijab, which he said is not helpful.

“When leaders engage with us in this way, they are indirectly giving legitimacy to these hate groups.”