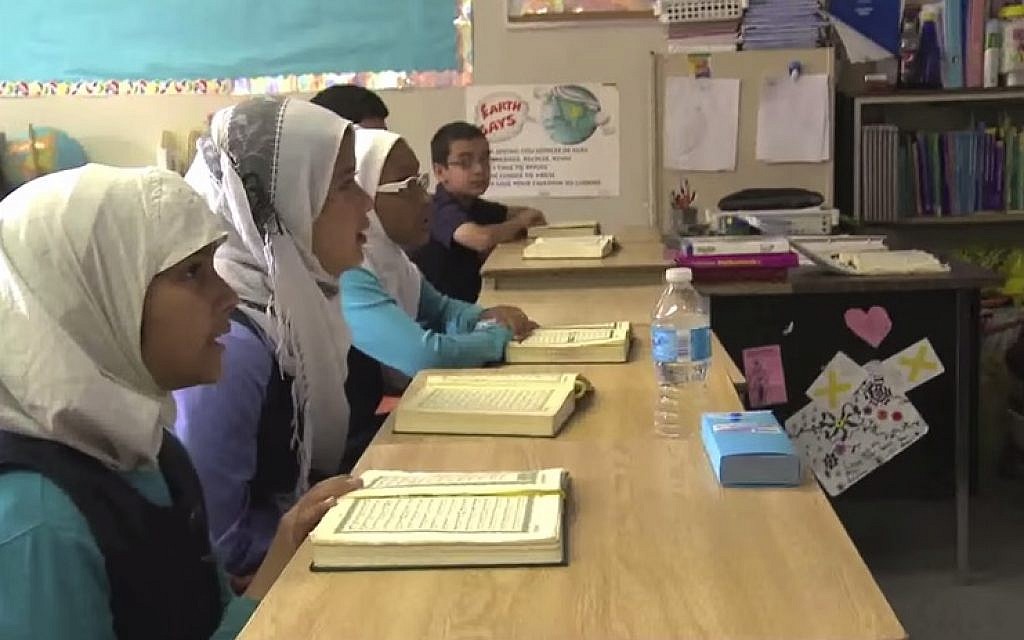 A young French muslim banned from classes for a long skirt

REIMS, France – The case of a 15-year-old Muslim girl who was twice banned from classes for wearing a long black skirt considered too overtly religious for secular France has sparked an uproar.

The girl was barred from attending class earlier this month by the principal who allegedly felt that the long skirt – popular with some Muslim women that covered the entire body – “conspicuously” showed religious affiliation, which is prohibited. in schools by the strict laws of secularism in France. .

“The girl was not excluded, she was asked to come back with a neutral outfit and it seems that her father did not want the student to return to school,” Patrice Dutot told AFP on Tuesday, local education officer.

He added that the student always removed her veil before entering the premises of the school in the city of Charleville-MÃ©ziÃ¨res, in the northeast, as expressly provided for by law.

According to the 2004 law which governs secularism in schools, veils, the Jewish skullcap or large Christian crosses are all prohibited in schools, but â€œdiscreet religious symbolsâ€ are authorized.

The student, whom the local daily L’Ardennais identified as Sarah, told the newspaper that her skirt was â€œnothing special, it’s very simple, there is nothing flashy. There is no religious sign.

Her story was in vogue on Twitter in France on Tuesday with the hashtag #JePorteMaJupeCommeJeVeux, translated into English as “I wear my skirt as I want”.

â€œIf it’s worn by a ‘white’ person it’s hippie chic, if it’s a Muslim it becomes visible,â€ one user tweeted.

But the regional education office hinted in a statement that the wearing of the skirt could have been part of a concerted “provocation”.

“When it comes to concerted protest actions by students, which follow other more visible incidents linked for example to the wearing of the veil, the secular framework of education must be firmly reminded and guaranteed”, a- he declared.

According to the CCIF’s Islamophobia Observatory, some 130 students were excluded from class last year for outfits deemed too overtly religious.